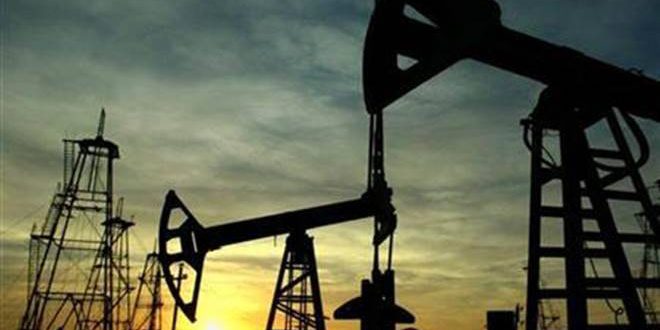 In the week ending July 6. oil market has been closely watching the tension between Saudi Arabia. Iran and the United States and the U.S. weekly inventory report.

U.S. President Donald Trump has repeatedly urged the Organization of the Petroleum Exporting Countries (OPEC). which includes key U.S. ally Saudi Arabia. to raise its production as his administration is trying to bring sanctions back on Iran.

The U.S. State Department said on Tuesday that it has been pushing countries to stop importing oil from Iran by November.

The Saudi oil minister has announced that his country would raise the output to ensure that there would not be a spike in oil prices which would cause a demand destruction in the long run.

According to the International Energy Agency (IEA). Saudi Arabia will use its spare capacity which is predicted by as much as 2 million barrels per day.

According to U.S. Energy Information Administration (EIA). the U.S. production has been flat. averaging 10.9 million barrels per day in the previous week. The production rate has remained at around the same levels for a month.

Meanwhile. Brent oil price was under pressure on Friday amid an escalating global trade tension. especially the trade tension between China and the United States. and increased production by Saudi Arabia and Russia.

Oil benchmarks went in different directions again on Friday afternoon. The West Texas Intermediate (WTI) for August delivery rose 0.86 U.S. dollar to settle at 73.80 dollars a barrel on the New York Mercantile Exchange. down 0.47 percent in a week.

While Brent crude for September delivery fell 0.28 dollar to close at 77.11 dollars a barrel on the London ICE Futures Exchange. down 2.93 percent in a week.

Recently. the WTI-Brent spread has come below 5 U.S. dollars after the higher Saudi oil exports and stagnant U.S. production. The spread closed the week at 3.31 dollars.

The market will be watching announcements from Iran. Saudi Arabia and the United States very closely in the coming week.

The oil prices have been more sensitive to relevant political issues as the inventory levels have been declining. down 107.1 million barrels including the Strategic Petroleum Reserves in a year. And the market is more convinced that the shale producers will not have too much incentive to ramp up the production quite above 11 million barrels per day due to pipeline constraints within this year.

In response to the imminent threat of sanctions. Iran signaled that Tehran could disrupt regional crude shipments by blocking the Strait of Hormuz.

The Strait of Hormuz is a strait between the Persian Gulf and the Gulf of Oman. which provides the only sea passage from the Persian Gulf to the open ocean. About 20 percent of the world`s petroleum passes through the strait. making it a highly important strategic location for international trade.

However. Anas Alhajji. an energy economist based in Dallas. U.S. state of Texas. believed that it is not in the interest of Iran to block the Strait of Hormuz. because it would inevitably hurt itself and its friends around the world.

He said that in the future. more pipelines would be built to avoid the strait and Iran may `lose the only significant card they have.`

Furthermore. analysts warn that the trade tension between China and the United States might disrupt the economic growth and cause demand destruction of crude oil in the long run.

Previous IMF: Non-Oil Economic Growth to Increase by Four per Cent in Oman
Next US Oil could Help Set the Brent Crude Price