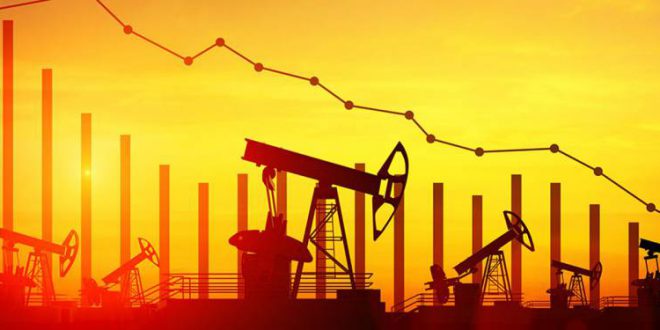 5 Geopolitical Factors Which Have Affected Oil Prices in 2018

This year. oil prices have been spiking and hitting prices which have not been seen since 2014 . However. thanks to more recent news. the continuous rally finally seems to have come to a slow halt.

Last Wednesday. with the announcement that Libya`s state-run National Oil Corp. is resuming full production of oil. oil prices plunged. Though prices seemed to rise again on Friday due to mixed signals and uncertainties. along with the latest trade threats. oil prices slid again today.

There has also speculation on the possibility that Russia might commit to increasing its oil production to contribute to the global oil supply. which also affected the slide.

However. this slump is very recent. For the last couple of months. oil has been trending upward. due to a number of international factors. Let`s take a closer look at some of the main geopolitical events in the last couple months that affected the price of oil:

Venezuela now produces almost half of the oil it did two decades ago. Venezuela`s oil company. PDVSA. used to be the main source of foreign income for the government during the height of its days. Now. due to a lack of investment and maintenance. its future seems bleak.

Without any signs of a turnaround. it can be expected that Venezuela`s oil export will continue to drop. This crisis has lowered the global oil supply. lifting the price of the commodity higher.

On May 8. President Donald Trump declared that. as a part of the U.S. withdrawal from the Iran nuclear deal. it will impose sanctions on the OPEC member and world`s fifth biggest oil producer.

Many analysts immediately reacted adversely. claiming that withdrawing from the Iranian deal was indirectly supporting higher oil prices. Then. on June 26. the State Department got more direct. saying that it expects all countries to eliminate Iranian oil import to zero-or else they will face their own U.S. sanctions.

Though the sanctions are for diplomatic reasons. such actions will inevitably show adverse effects on the global oil market and drive prices even higher.

On June 22. OPEC and Russia reached an agreement in Vienna to increase oil production by up to 1 million barrels a day. However. the meeting was generally very ambiguous. and specifics about which nations will pump how much were left out.

Furthermore. the increase in number of barrels was not as much as people had anticipated. So. ironically. this meeting to ease the spike actually caused oil prices to rally after its conclusion.

Four days later. the kingpin of OPEC. Saudi Arabia. said it plans to pump a record-high 11 million barrels of oil in July. However. even with Saudi Arabia`s promise. there is still not enough oil to fully replace the plunging inventory from Venezuela and Iran.

This past June. Canada`s oil production struggled due to a power outage that shut down the Syncrude facility in Alberta. At the time. the company reported that it will not be ready to begin producing again until July.

Last week. Canada-based Suncor Energy SU indicated that the Syncrude project would be returning to full production by September.

Although U.S. is producing record amounts of oil thanks to the Permian Basin in West Texas. the country still has its limits. Due to ever-high demand. which has seemingly exceeded supply. coupled with employee and supply shortages at the Permian Basin. the Energy Department said oil inventory decreased by 9.9 million barrels in the third week of June.

As a result of these five separate. yet inter-related events from all around the globe. oil supply has been plunging. which naturally led to the high prices we see now.

Oil prices remain very volatile. as we can see from the past week`s action. However. with Libya`s plan of going full power mode again and Russia`s possibility of cooperation. it seems as if there is a possibility. for the first time in a while. for oil prices to decrease at a constant level.

Regardless. due to the volatile nature of oil prices. especially with so many factors contributing to its end. prices should continue to be followed closely.