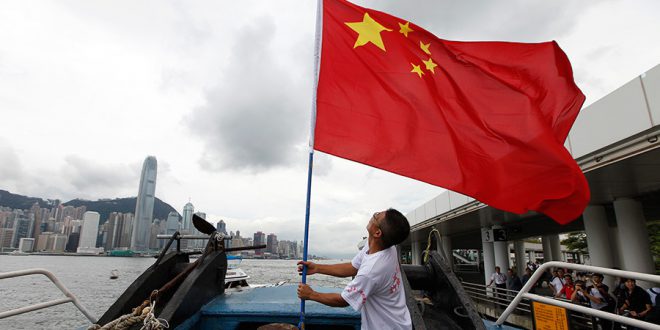 The efficient distribution of reliable and affordable energy is essential for ASEAN`s economic development. but this is not yet happening. as in some countries there is only unreliable and limited electricity distribution.

Meanwhile countries such as Thailand have energy shortfalls while energy-rich countries such as Laos need to sell their surplus. China believes it can help solve these problems through developing a power grid infrastructure managed by its state-owned company China Southern Power Grid (CSG). Already CSG is working with Laos to develop that country’s electricity infrastructure and it plans to create a regional power grid that will link China. Vietnam. Laos. Myanmar. Thailand and Cambodia.

Given the rapid economic development and urbanization in Southeast Asia and the expansion of the Belt and Road demand for energy in the region is expected to grow dramatically. The ASEAN Centre for Energy (ACE) estimates that the population in ASEAN will increase to 715 million by 2025 with the region’s economy growing by an average of 5 per cent annually. To support the growth. ACE estimates electricity demand will double between 2014 and 2025.  The estimated cost of meeting such needs is around $100 billion (Bt3.3 trillion) for electricity and $7 billion for gas pipeline networks.

For China the demand for electricity and the supply mismatch presents an opportunity to help ASEAN while also providing for China’s energy needs in the future. For some years now China has been actively developing energy sources in the region with hydroelectric projects in Cambodia. Malaysia. Vietnam. Laos and Myanmar and thermal power generation projects in Indonesia. Vietnam and Singapore.

Once power has been generated. it has to be transmitted. and China Southern Power Grid is providing electricity transmission services in Vietnam. Laos. Myanmar and other ASEAN countries.

One of the most important countries that will help meet the region’s electricity needs of the future is Laos. which has been dubbed the “Battery of ASEAN“ due to its abundance of energy resources. Already it sells power to Thailand. Vietnam. Cambodia. China and Myanmar while last year Malaysia. Thailand and Laos signed an agreement for Laos to export power to Malaysia via Thailand’s electricity grid. Meanwhile the Laos government is developing its own grid and is pushing for the integration of energy under the ASEAN Power Grid. which would link up power lines across the 10 ASEAN nations by 2020.

China’s Electric Power Planning and Engineering Institute is helping Laos with its plans to develop as a regional power hub supplying electricity to Southeast Asia and China’s Yunnan province. Indeed. a successful Laos development may provide China with a stepping stone to the future as CSG has developed ultra-high voltage cable technology which can transport electricity efficiently over long distances. It has ambitious plans to use this technology to create the world’s first global electricity network by 2050.