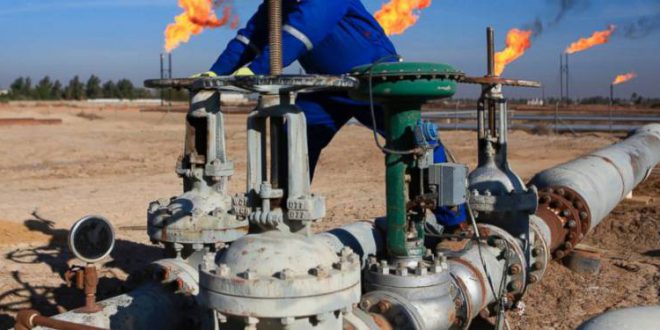 Iraq is the second-largest producer in the Organization of the Petroleum Exporting Countries (OPEC). The move will bolster Iraq’s position in Asia. the world’s biggest and fastest-growing oil-consuming region. which already takes 60 percent its oil exports at some 3.8 million barrels a day (bpd).

“Zhenhua helped Iraq to penetrate the Chinese market and make more revenues for Iraq.“ said a senior source familiar with the discussions on the deal. adding that a 50 50 proposed joint venture could be finalised in October or November.

Another source said the deal was pending regulatory approvals. giving no further details.

It is not clear where the JV would be located. but two of the sources familiar with the negotiations said the port city of Tianjin. near Beijing. was under discussion. Singapore is also among the options. they said.

All four sources declined to be named as they were not authorized to discuss commercial matters with media.

China is under the pressure to cut oil purchases from Iran. OPEC’s third-largest producer. as the United States re-imposes sanctions on Tehran and threatens to choke off the Islamic republic’s oil exports to zero.

Amid the trade dispute between Washington and Beijing it is also unclear whether Chinese importers will be able to continue to import U.S. crude.

The SOMO-Zhenhua deal would give China another crude supply option as the Iran and U.S. oil flows are threatened.

Last year. Zhenhua won a term contract to supply diesel fuel to SOMO for the first time. and it also recently entered a deal to develop Iraq’s East Baghdad oilfield.

Zhenhua has been marketing Iraq’s main crude grade. Basra Light. for SOMO since the start of 2018 and has also sold some to Taiwan. said a separate Singapore-based trading source.

Zhenhua. the smallest of China’s state-run oil and gas majors. has over the past three years expanded its foothold in oil sales to independent Chinese refiners. which were only allowed to start importing crude from 2015 and now make up some 20 percent of China’s total crude imports.

Zhenhua’s crude sales to such independents. sometimes known as “teapots“. hit a record 6.5 million tonnes last year. or 131.000 bpd. equivalent to about 7 percent of overall teapot purchases. according to industry estimates.