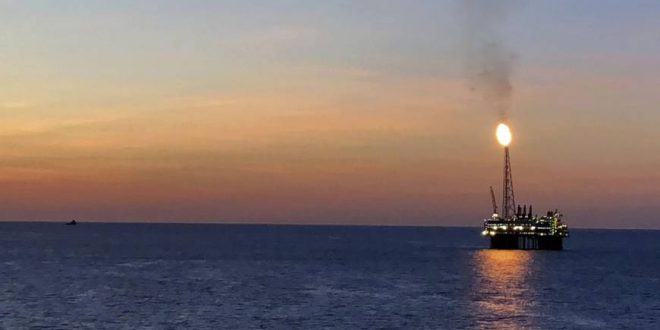 Oil to See Monthly Gain due to Escalating Supply Risks

Pressure gauges sit on pipework at a shale gas collection and transfer facility at the Fuling shale gas project site. operated by Sinopec Chongqing Fuling Shale Gas Exploration and Development Co.. a unit of China Petrochemical Corp. (Sinopec). in Jiaoshiba. Chongqing Municipality. China. on Wednesday. June 20. 2018. In 2013. the U.S. Department of Energy estimated China was sitting on the world`s largest reserves of shale gas. almost double the U.S. and enough to theoretically supply the country for more than a century. The reserves are also deeper. harder to reach and more broken up than those in North America.

Oil headed for a monthly gain as expectations that American sanctions on Iranian crude will tighten global markets outweighed the risk to demand from the ongoing U.S.-China trade dispute.

Brent futures in London were poised for their biggest monthly increase since April on signs that U.S. penalties will severely constrict Iranian supplies. While U.S. crude prices climbed above $70 a barrel in New York on Thursday for the first time since late July. they remained capped as a lack of pipelines slows the delivery of crude to refineries and export terminals on the coast.

Oil has gained this month despite concerns that President Donald Trump’s clash with China and the European Union over trade tariffs could affect the global economy and ultimately demand for fuels. Fears about crude supply are taking precedence. as the U.S. reimposes sanctions on Iran after Trump quit a nuclear deal with the country in May.

“The market is not even being deterred by the renewed concerns about the trade relations between the U.S. and the Chinese and EU export regions.“ said Carsten Fritsch. an analyst at Commerzbank AG in Frankfurt. “Presumably. there is too much fear about the upcoming restrictions on Iranian oil exports.“

Brent futures for October delivery. which expire Friday. were at $77.75 a barrel on the ICE Futures Europe exchange. down 2 cents. at 1:10 p.m. in London. The more-active November contract slipped 9 cents. Brent’s at a $7.56 premium to WTI. after closing at $7.63 on Wednesday. the widest gap since June.

WTI for October delivery traded at $70.16 a barrel on the New York Mercantile Exchange. down 7 cents. The contract is rebounding this month after front-month futures dropped 7.3 percent drop in July. Total volume traded was about 29 percent below the 100-day average.

U.S. prices have been supported by a drop in crude inventories as the summer driving season pushes up demand for gasoline and optimism over the overhaul of the North American Free Trade Agreement. Still. they’ve lagged behind Brent as stockpiles at the key storage hub in Cushing. Oklahoma. have risen for three straight weeks.

Brent. a more globally-traded benchmark than WTI. has been more vulnerable to anxieties over Iran. Fears about the loss of Iranian supplies are changing the price structure of the Brent crude market.

Brent futures for November settlement are 25 cents a barrel higher than those for December. The pattern. known as backwardation. where near-term prices trade higher than later contracts. typically reflects signs of supply scarcity and is at the highest since July.

“We have two counterbalacing factors here — a potential Iranian supply risk on one side and the U.S.-China trade war on the other.“ said Will Yun. a commodities analyst at Hyundai Futures Corp. “Going forward. it’s a matter of which factor becomes more significant and that will decide oil’s move.“