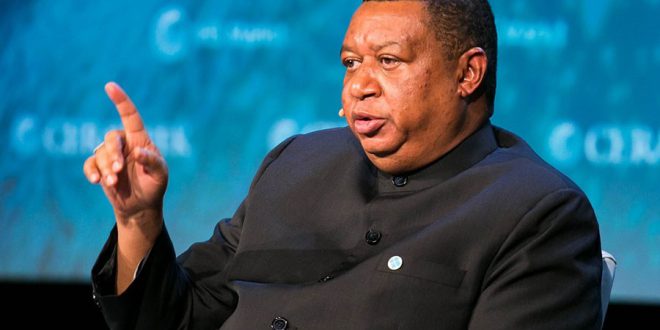 `The world will attain the 100 million barrels a day mark of consumption later this year. much sooner than we all earlier projected. Therefore stabilizing forces which create conditions conducive to attracting investments are essential.` he said.

`The priority … is on ensuring stability is sustainable. spreading confidence in the industry and encouraging an environment conducive to the return of investments.` he added.

The Organization of the Petroleum Exporting Countries with Russia and other producers have implemented a deal since January 2017 on cutting 1.8 MMbpd from output to prop up prices that fell below $30 a barrel in 2016 from over $100 in 2014.

Barkindo said oil industry confidence was returning and OPEC was exploring ways of institutionalizing cooperation between OPEC and its non-OPEC allies on their production levels.

Barkindo also told reporters at the conference that global trade disputes could hurt energy demand in future. although he said he was hopeful the uncertainty would lift soon.

US President Donald Trump`s tariff threats against China. the world`s second-biggest economic power. have caused jitters in markets across the world.

`The trade disputes that are emerging among some of the leading partners in the world will eventually hurt (global economic) growth and. by extension. demand for energy.` he said.