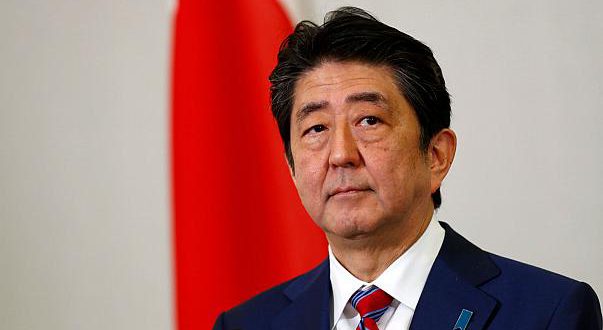 Abe to Discuss Sanctions and Oil with Iran’s President on Sidelines of U.N. Meeting in New York

Prime Minister Shinzo Abe is planning to have talks with Iranian President Hassan Rouhani later this month in New York following the reinstatement of sanctions against the Middle Eastern country by the United States. a Japanese government source said Sunday.

Japan hopes to maintain ties with Iran. on which it depends for crude oil imports. The leaders are planning to meet on the sidelines of the U.N. Security Council General Assembly later this month for the sixth year straight. it said.

President Donald Trump pulled the United States out of a 2015 international nuclear deal that Tehran signed with other major powers. before reinstating some of its sanctions against Iran.

Washington has been calling for a halt to oil imports from Iran by Nov. 4 and intends to impose sanctions on countries that continue to buy oil from the country.

Japan has been asking for a waiver during negotiations with its major ally but has faced difficulties securing an exemption.

Japanese oil distributors are set to halt oil imports from Iran in light of the U.S. request. and Abe is visiting Rouhani to discuss the situation. the source said. Iran is the sixth-largest exporter of crude oil to Japan and accounts for around 5 percent of its imports.

Abe is also expected to urge Rouhani to uphold its implementation of the nuclear deal despite America’s withdrawal. the source said. Under the deal. Iran agreed to curb its nuclear activities in exchange for the lifting of economic sanctions.

Abe and Rouhani are also likely to discuss economic cooperation. it said.

Foreign Minister Taro Kono might visit Iran around mid-October if he retains his post in a potential Cabinet reshuffle Abe might hold in early October after his party’s presidential election. the source said.

Abe plans to carry out the reshuffle if he is re-elected head of the ruling Liberal Democratic Party. and thus prime minister. following the LDP election on Thursday. other sources said earlier.