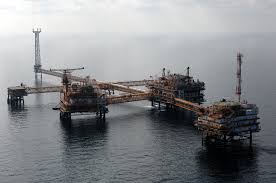 Qatar Plans to Change Gas Strategy due to Geopolitical Issues

In less than a year and amid unstable geopolitical situation surrounding the tiny peninsula. Qatar has unveiled another plan to increase its liquified natural gas (LNG) capacity by 43%. to 110 million tonnes per annum (mtpa). from current 77 mtpa. Earlier last year. Qatar unveiled plans to increase the production capacity by 30% to 100 mtpa within seven years.

While making the announcement. the president and CEO of Qatar Petroleum. Saad Sherida Al-Kaabi. said that the move to further expand the LNG capacity is based on the good results obtained through recent additional and testing.

This move shows that Qatar is not willing to easily let go the title of world’s largest LNG exporter. and comes amid a new dynamic characterizing the LNG market. as well as a geopolitical situation due to the Saudi led embargo. which led to a dynamic shift in the way Qatar handles its gas reserves.

In 15 months. Qatar fast tracked the monetizing process of its huge gas reserves. Qatar Petroleum announced in 2017 the self-imposed moratorium on developing the North Field. the world’s biggest natural gas field. was lifted after more than a decade. Qatar declared a moratorium in 2005 on development of the North Field. at the time saying it needed time to study the impact on the reservoir from a rapid increase in output.

One of the reasons behind the shift of Qatar’s gas strategy is the ongoing Saudi-led embargo. which seems to be going nowhere. and is having a toll on the country’s economy. where for example Qatar Airways. the flagship carrier of Qatar. made a “substantial“ loss in its last financial year because of the regional dispute that has banned the airline blocked from flying to 18 cities in Saudi Arabia. the United Arab Emirates. Bahrain and Egypt since June 2017 when those countries cut ties with Qatar.

The paradigm shift in Qatar’s gas strategy and the way of handling its reserves seems to be a winning strategy for the country. as media sources reported that Qatar is expected to generate $40 billion in additional export revenue once it completes its natural gas expansion project in 2024. as rising income from sales of LNG will leave the government with a budget surplus of about $44 billion in 2024. with the bulk of the extra cash going to the $320 billion Qatar Investment Authority. the country’s sovereign wealth fund.

“Rystad Energy forecasts that at least 56 mtpa of new LNG supplies will be needed by 2025. If Qatar goes ahead with the commissioning of the new trains the volumes could come online by the start of 2023 (considering four years of project development). thus an additional 33 Mt of capacity would still be needed by 2025 to keep the market balanced.“ research firm Rystad Energy said in its report.

Furthermore. as Iran’s South Pars plans likely to hit delays due to the U.S. sanctions. coupled with a massive surge in LNG imports in China. which is pushing for a coal-to-natural gas switch across the country in efforts to fight air pollution. Qatar is seizing the opportunity to further boost its position as reliable LNG supplier targeting the fast growing Asian market. China and South Asia are expected to be the key drivers of LNG demand growth in the coming decade. Global LNG consumption is expected to rise by more than a third over the next decade to 416 million tons a year.

Iran’s South Pars is likely to hit delay because French oil giant Total has officially left Iran last August and abandoned its deal to develop the South Pars Gas project`s phase 11. due to the US sanction. China`s CNPC company replaced Total in the project for development of Phase 11 of South Pars Gas Field. thus its stake in the deal rose to as much as 80%.

The Gulf gas field. which Qatar calls the North Field and Iran calls South Pars. accounts for nearly all of Qatar’s gas production and about 60% of its export revenue. Iran and Qatar hold the world’s second- and third-largest natural gas reserves. respectively. behind Russia. Their South Pars North Field gas field holds an estimated 50.97 trillion cubic meters of in-situ gas and some 50 Bbbl of condensates. according to the International Energy Agency.

Added to that. the LNG industry is failing in taking final investment decisions (FID) for many projects. The expansion comes at a time when there are several liquefaction trains in the U.S. ready to take FID. Rystad Energy said in July that Qatar could win the race for new LNG capacity projects final investment decisions. Qatar’s plans are a challenge to some U.S. projects ready to take FID. as the Qatari project is estimated to have the lowest breakeven price of all the planned projects in the world. Rystad Energy expects the breakeven price for the Qatari brownfield expansion at around $5.60 per MMBtu (including transport to Asia)—some 34 percent below the breakeven price of the more competitive U.S. projects.