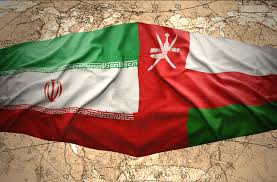 Oman has long been nicknamed the “Switzerland of the Middle East“ thanks to the nation’s peace-focused diplomacy measures and a tendency toward neutrality and mediation. Despite being geographically surrounded by conflict and political turmoil. Oman has been able to stay out of regional squabbles for decades. often going so far as to act as an intermediary between warring neighbors.

Muscat has also managed to maintain good relationships with both Iran and the United States for many years–no small feat. The Omani Shah fell into Iran’s good graces back in the 1970’s when he sent troops to help subdue the Dhofar revolt. Meanwhile. through free trade deals. anti-terrorism cooperation. U.S. troops basing rights. and other diplomatic measures. Oman has also been able to stay on the United States’ good side for decades.

Now. for the first time in many years. Oman’s policy of neutrality is being challenged thanks to increased pressure on Iran coming from the United States. as well as Saudi Arabia and the United Arab Emirates. Through the center of this dilemma runs a proposed natural gas pipeline between Iran and Oman.

After over a decade of discussion. the Iran-Oman gas pipeline was greenlit last year. and a joint committee was formed in July to finalize the deal. The massive energy and engineering project will cost an estimated $1.2 billion and will funnel 28 million cubic meters per day of Iranian natural gas from the southern port of Kuhmobarak to the port of Sohar in Oman. according to the National Iranian Gas Company. Kuhmobarak’s location near the Strait of Hormuz on the Sea of Oman makes it an ideal launch point. 30 percent of global seaborne oil and gas pass through the Strait of Hormuz each day.

After arriving in Oman. the natural gas would be liquefied for export or kept in Oman to replenish the gulf country’s own long-dwindling reserves. In light of their diminishing natural gas output and ensuing gas shortages. as well as other economic shortcomings. Oman has been working diligently to diversify their economic landscape in the past few years. This proposed pipeline in conjunction with Iran is part of that plan.

Iran is expected to add a massive amount of pipeline to infrastructure across the Middle East in the coming years. contributing a projected 12.698 km by 2022. Iran’s plans alone account for more than 50 percent of the entire region’s publicly planned pipeline additions according to numbers from Global Data. Iran is followed by Iraq in terms of planned pipeline. The neighboring nation has planned to invest approximately US $29.6 billion by 2022 to add a total length of 5.105 km of oil and gas pipelines. Turkey comes in third in the Middle East with a planned 2.030 km pipeline addition with a price tag of around US $5.8 billion.

But soon this will all be challenged by heavy U.S. sanctions against Iranian petroleum. The Trump administration has announced it will reimpose sanctions on Iranian petroleum. petroleum products and petrochemical products. and all transactions with the National Iranian Oil Company starting November 5. Tensions with Iran have been ramping up since Trump began threatening to roll back the Obama-era nuclear deal on the campaign trail.

Now Oman has been caught in the crossfire. like many other countries who don’t want to have to pick a side between the two economic and political powerhouses of the U.S. and Iran. If the Trump administration follows through on their proposal to re-introduce sanctions on Iran next month. it will create major problems for the viability of the Iran-Oman natural gas pipeline. The Strait of Hormuz. a critical location in the pipeline plans. has long been a site of contention between Iran and the U.S. In August both nations simultaneously claimed to have complete control of the essential oil and gas crossing and the U.S. threatening force if Iran tried to disrupt any of the shipping.

Despite the tricky political waters and economic doubts. Oman has publicly stated that it intends to go forward with the project. but there is no denying that it will be with much more roadblocks than they initially bargained for.