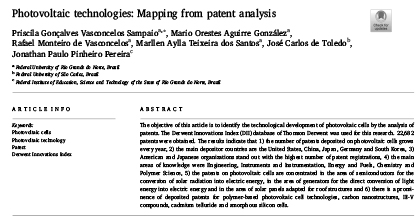 The use of traditional fossil fuels to generate electric energy causes serious environmental problems. such as climate change. global warming. air pollution. and acid rain. among others. On the other hand. the consummation of electric energy on the planet increases using due to modern society’s increasingly use of equipment and products that run on electricity. In this perspective the development of renewable energy technologies is necessary to obtain competitive prices to compete with traditional sources of energy that generate environmental pollution. To address these problems. some nations have taken challenging measures. The United States. for example. announced its “Advanced Energy Initiative“ in 2006 and outlined a daring goal to reduce imports of Middle Eastern oil by 75% by the year 2025 through the development of new and renewable energy sources. The South Korean Government. in turn. has established “The 2nd National Plan for Energy Technology Development“ to improve its global competitiveness in energy technology. This plan aims to develop new and renewable energy technologies and improve energy efficiency by doubling energyrelated research and development investments in the country by 2020. 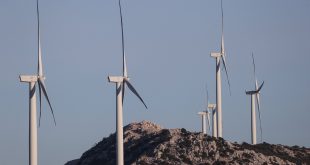