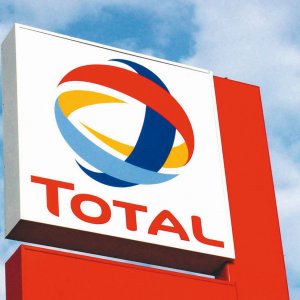 In a joint statement. the two companies said they planned to develop multi-energy offerings. including LNG regasification terminals on the country`s east coast to meet growing demand for the cleaner-burning fuel.

`India`s energy consumption will grow among the fastest of all major economies in the world over the next decade.` Patrick Pouyanné. Total chairman and CEO. said in the statement.

OPEC estimates India will account for about 40 per cent of the overall increase in global oil demand by 2040.

India is also looking to boost the share of gas in its energy mix to 15 per cent in the next few years from about 6.5 per cent now in a bid to reduce its carbon footprint.

The retail service station network would be built on main roads such as highways and intercity connections to take advantage of a market growing at 4 per cent a year due to better infrastructure and a growing middle class. the statement said.

The partnership with Adani would include the development of the Dhamra LNG import terminal. where Adani has signed a long-term supply deal with India`s state-owned gas supplier and developer GAIL Ltd.

Total wants to market LNG from its own portfolio in India. Mr Pouyanné told reporters on the sidelines of a conference in New Delhi on Tuesday. He also said that the company is working on getting a licence to enter into fuel retailing in India.

In August. Total exited the Hazira LNG terminal in western India and sold its 26 per cent stake in the project to its partner Royal Dutch Shell.

Mr Pouyanné on Tuesday said his firm had to exit the Hazira LNG project as Shell wanted greater control over the project.