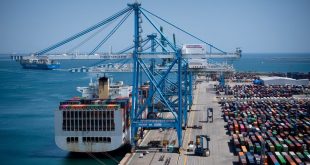 OPEC and its allies could sign a new. open-ended cooperation agreement on Dec. 7 in Vienna. and form a new secretariat for non-OPEC members seeking to work with the group. Saudi energy minister Khalid Al-Falih told Russian news agency TASS.

“I hope. when we meet on Dec 7 in Vienna we will be able to sign it.“ Al-Falih said in an interview. noting that the pact would go into effect from January 2019.

“It will allow us to intervene to rebalance the market in any appropriate time from January onward.“ he said.

OPEC and a group of non-member oil producing nations initially agreed in December 2016 to jointly curtail oil production in order to ease the global supply glut in the market and raise prices.

As oil prices shored up this year and concerns loomed over supply shortages due to production declines from some producers. OPEC agreed in June this year to raise crude output. This would be achieved by cutting down the group’s conformity with production quotas back to 100 percent. from an over-compliance of as much as 150 percent.

“We have proved to ourselves that we can work with Russia and keep the markets balanced whether there is the shortage or oversupply.“ Al-Falih said.

So I want to emphasize that given the success of two years coordination between KSA and Russia. we need to establish the framework for the long-term coordination.“ he added.

While OPEC+ began as a six-month agreement. various members of the alliance have been cooperating for almost two years now. the Saudi energy minister noted.

“We want to sign a new cooperation agreement that is open-ended. That does not expire after 2020 or 2021.

The agreement will allow OPEC and non-OPEC to continue to work together without a fixed term for the pact. or pre-determined production targets. This will allow countries to coordinate and adjust production in line with market needs.

“Another new aspect is to create a secretariat for OPEC+.“ Al-Falih said. adding that at present. only the OPEC secretariat in Vienna serves both OPEC and non-OPEC allies.

Russia will take leadership for the new secretariat. he said. adding that Saudi Arabia is keen to work with Russia and invite other countries from outside OPEC to join OPEC+. “We have started some quiet contacts with some countries to join and hope we will succeed.“

When asked about decision-making in the new alliance. Al-Falih emphasized that the focus would be on reaching an agreement via consensus. rather than formal voting.

“Once you get the trust of other countries and understand  their objectives and you are serving those objectives with your actions. formal voting becomes irrelevant. most decisions are made by consensus very fast. This is how it works.“

Previous Renewable energy transition: a market-driven solution for the energy and environmental concerns in Chile
Next Measurement of Productivity and Efficiency: Theory and Practice 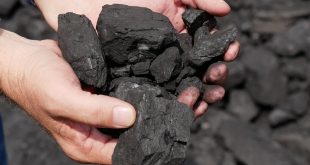