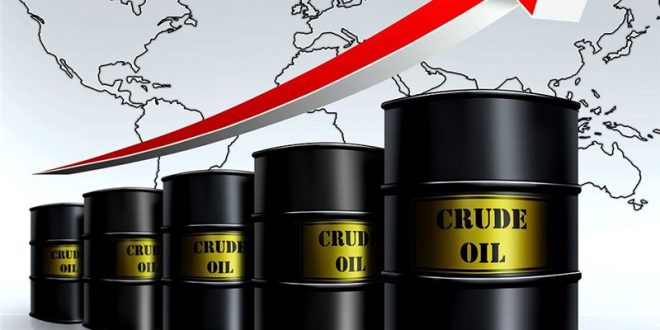 Brent crude prices stabilized on Wednesday after heavy losses the day before. with looming U.S. sanctions against Iran back in focus.

U.S. West Texas Intermediate (WTI) crude futures CLc1 were weaker. down 10 cents at $66.33 a barrel. pressured by a report by the American Petroleum Institute (API) that U.S. crude stocks rose by 9.9 million barrels in the week to Oct. 19 to 418.4 million barrels.

Crude futures fell by 4-5 percent in the previous session.

Saudi Energy Minister Khalid al-Falih said on Tuesday that despite expected supply disruptions from U.S. sanctions against Iran that kick in from Nov. 4. Saudi Arabia would step up to “meet any demand that materializes to ensure customers are satisfied“.

Despite this. analysts said markets remained tight because of the upcoming sanctions.

In China. Iran’s biggest oil buyer. the Bank of Kunlun is set to stop handling payments from the Islamic Republic next month. four sources familiar with the matter told Reuters.

Kunlun is controlled by the financial arm of state-owned China National Petroleum Corp and is the main official channel for money flows between China and Iran.

With financial ties between the two countries effectively severed from November. Chinese oil firms will need to find alternatives to Iran’s crude.

China took in 800.000 barrels per day from Iran in August. the peak for this year. according to Refinitiv Eikon trade data.

While oil supply is tightening. the demand outlook for 2019 is darkening because of concerns of a slowing economy.

China’s state planner said on Wednesday it would step up financial support for regions most hit by the ongoing trade war between Washington and Beijing during which both sides have slapped import tariffs on hundreds of goods.

Meanwhile. South Korea’s KOSPI-100 equity index .KS100 has now fallen by nearly 19 percent over the past year. the fastest rate of decline since the financial crisis of 2008 09.

The KOSPI-100 has typically correlated closely with growth in international trade. given the South Korean economy’s strong orientation toward exports.