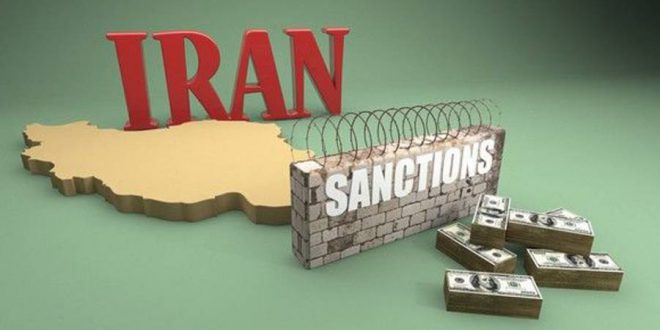 US sanctions against importers of Iranian oil threaten the crude oil market`s precarious balance and risk surging prices. all under Saudi Arabia`s watchful gaze. according to experts.

`In the next weeks all eyes will be on Iranian exports. whether there will be some cheating around US sanctions. and on how quickly production will fall.` said Riccardo Fabiani. an analyst for Energy Aspects.

The US will from Monday target buyers of Iranian oil in order to deprive Tehran of its main source of income.

Going after Iran`s oil money will hit Tehran where it hurts. but it also means hitting a major pillar of the global oil market — Iran is the OPEC cartel`s third-largest producer — with major consequences for world supply.

Iran exported the equivalent of 2.5 million barrels a day in April. before the announcement of sanctions turned buyers away.

`Even if the United States grants exemptions. Washington will demand that the volume imported from Iran be significantly reduced.` said UBS analyst Giovanni Staunovo. who expects prices to rise.

However. oil prices have fallen by nearly $15 in less than a month. after peaking in early October at their highest level in two and a half years. with a barrel of Brent at over $85.

Part of the explanation lies in the ambiguous position of the US. which initially insisted that the sanctions were designed to reduce Iranian exports to zero barrels. but has since has softened its position.

Secretary of State Mike Pompeo on Friday announced exemptions for eight countries. without naming them.

Turkey indicated that it was one of them and analysts believe that India. one of the world`s largest importers. is also on the list. which will be published on Monday.

`India said to the US that they can`t stop before March. they are facing a major currency crisis.` explained Joel Hancock. analyst at Natixis.

Consumer confidence in the US itself could also suffer if rising oil prices translate into higher prices at the pump.

`If prices start to rise again or another major producer has difficulties. it could put pressure on the US and lead to new exemptions.` said Fabiani.

The other major oil producing countries are expected to ramp up production to try and compensate for Iran`s anticipated decline in output.

But in doing so. they run the risk of hampering their ability to react to any future crises.

Saudi Arabia. the world`s largest exporter. has claimed that it can respond to the Iranian shortfall. but some market players are wondering whether the kingdom is exhausting its capacities.

He believes that Riyadh can currently only rely on 300.000 barrels per day of spare capacity. the extraction of which can be launched in fewer than 30 days.

`The mantra right now is to go to Saudi Arabia but its production has remained flat at around 10 or 10.2 million barrels a day.` said Samir Madani. an analyst at Tanker Trackers. which specializes in satellite tanker tracking.

`The big increase right now (in exports) is Iraq at 4.2 million. which I`ve never seen before.` he added.

The US. which is in the process of becoming the world`s leading producer thanks to its shale oil operations. could meet part of the demand. but lacks export capacity. said the analyst.