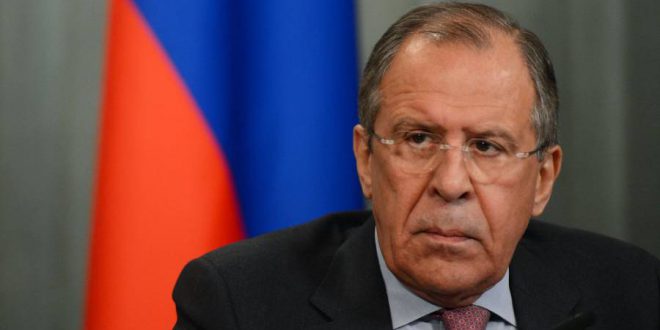 Russia. Germany Criticize US Re-Imposition of Sanctions on Iran

Russia and Germany have slammed the United States` move to reinstate sanctions against Iran`s vital oil exports. shipping and banking. saying Moscow and Berlin would continue trade with Tehran.

In Moscow`s first official reaction since the restoration of Washington`s bans on Tehran. Russian Foreign Minister Sergei Lavrov said on Tuesday that the US sanctions are `not legitimate.`

Russia. itself a target of separate US sanctions. expected there would be ways to pursue economic cooperation with Iran despite the US sanctions. he added.

Speaking in Madrid after a meeting with his Spanish counterpart Josep Borrell. the Russian foreign minister said Washington had used `unacceptable methods` to exert pressure on operators of the Belgian-based SWIFT global payment network to cut off Iranian banks.

Lavrov emphasized that Russia and its European partners were looking for ways to maintain economic ties with Iran. However. he did not give more details.

The administration of US President Donald Trump announced on Monday the re-imposition of the `toughest` sanctions ever against Iran. The bans had been lifted under the 2015 nuclear deal. officially known as the Joint Comprehensive Plan of Action (JCPOA).

The re-imposition of the second set of sanctions came after Trump in May pulled the US out from the agreement reached between Iran and the P5+1 group of countries — the United States. Britain. France. Germany. China and Russia.

A first round of American sanctions took effect in August. targeting Iran`s access to the US dollar. metals trading. coal. industrial software. and auto sector.

Meanwhile. Russian news agencies on Tuesday quoted Kremlin spokesman Dmitry Peskov as saying that Russia`s President Vladimir Putin discussed sanctions imposed by the US on Iran with his security council.

Peskov said that sanctions were `illegitimate.`

In a statement on Saturday. the Ministry of Foreign Affairs of the Russian Federation `resolutely` condemned a recent `destructive` move by the United States to impose a new wave of sanctions on Iran. urging Washington to immediately review its policy of sanctions pressure against Tehran.

`If Washington. as it claims. is indeed interested in negotiations with Tehran. the policy of sanctions pressure aimed at diminishing Iran’s economic and defense potential as well as undermining the internal political situation there must be revised immediately.` the ministry said.

German Foreign Minister Heiko Maas also on Tuesday criticized the re-imposition of the US sanctions on Iran. saying his country considered it to be a `wrong` move.

Speaking at a joint news conference with Secretary General of the Council of Europe Thorbjorn Jagland in Berlin. Maas added that precautions were being taken `to ensure that business can continue with Iran.`

He warned that economic destabilization of Iran would endanger European countries` security interests.

Despite Washington`s withdrawal. Iran has not left the deal yet. but stressed that the remaining signatories to the agreement have to work to offset the negative impacts of the US pullout for Iran if they wanted Tehran to remain in it.

The other parties to the JCPOA have repeatedly announced that the deal is working and should stay in place.

Earlier on Tuesday. Iranian Foreign Minister Mohammad Javad Zarif lashed out at the United States for imposing `illegal and draconian` sanctions on Tehran. saying Washington would once again regret its `unwise measures.`

`The US administration appears to believe that imposing illegal. draconian sanctions on Iran will bring about such pain to our nation that it will force us to submit to its will no matter how absurd. unlawful or fundamentally flawed its demands are.` Zarif said in an online video message.