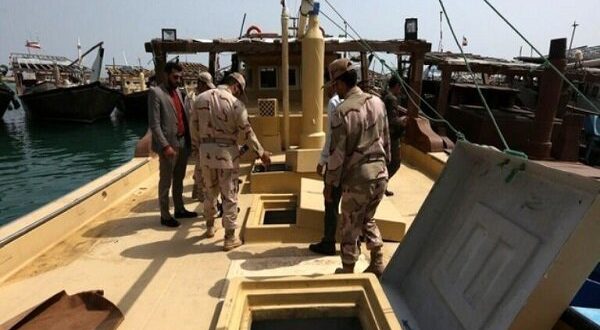 The Commander of Maritime Guards in Hormozgan said that 155,000 liters of smuggled fuel along with 11 ships have been confiscated in the province.

Commander of Maritime Guards of Hormozgan Hossein Dehaki noted that maritime guards have seized 11 ships and 155,000 liters of smuggled fuel in five separate operations over the last three days.

He further said that the value of the illegal cargos is estimated at 465 million rials, adding that 18 smugglers have also been arrested and handed over to the judiciary.

As reported in early June 2019, Iran has launched a border market to sell diesel fuel to buyers in Pakistan and Afghanistan to counter the smuggling of fuel at border areas.