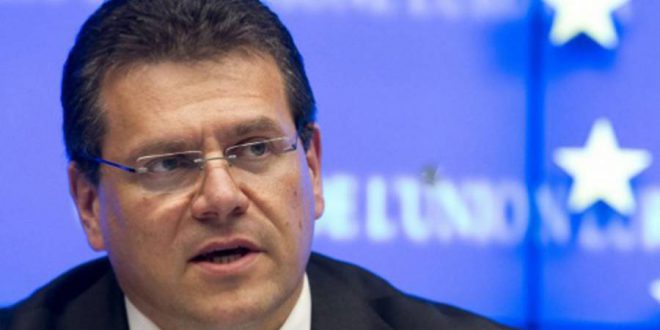 Maros Sefcovic. the European Commission`s Vice-President in charge of the Energy Union. said he had invited Moscow and Kiev to hold the next round of trilateral talks on gas transit from Russia to the European Union through Ukraine in Brussels in January.

The current contract for the transit of Russian gas to Europe through Ukraine expires in late 2019. Ukraine has repeatedly voiced its willingness to continue remaining a transit country. as well as its concern over the Nord Stream-2 pipeline project. envisaging the annual delivery of 55 billion cubic meters of Russian natural gas to the European Union. with the pipeline bypassing Ukraine. Russian President Vladimir Putin said earlier that Russia would not halt the transit of gas through Ukraine if this remained cost-effective.

Previous UAE. the New Swing Producer in the Middle East
Next Azerbaijan. Turkey. Russia and Iran agree to set up joint IT venture