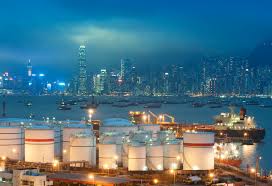 Saudi Arabia Plans to Slash Crude Exports to US

After flooding the US market in recent months. Saudi Arabia plans to slash exports to the world’s largest oil market in the coming weeks in an effort to dampen visible build-ups in crude inventories. American-based oil refiners have been told to expect much lower shipments from the kingdom in January than in recent months following the OPEC agreement to reduce production. according to people briefed on the plans of state oil company Saudi Armco. Saudi crude shipments to the US next month could even test the 30-year low set in late 2017 of 582.000 bpd. down about 40% from the most recent three-month average. the same people said. asking not to be named as the information isn’t public. The final figure could still change. they added. By shifting the focus of Saudi export reductions toward the US. Riyadh hopes to show to the market it’s making good on its promise to cut supplies. Fluctuations in US crude imports and stockpiles have an outsize impact on the market because data are available on a weekly basis. In other regions. oil traders only get official figures on a monthly basis. or not at all in the case of stockpiles in big consumers such as China and India. The Saudi energy ministry didn’t respond to a request for comment. While the plan to slash Saudi exports to America may ultimately convince a skeptical oil market about the kingdom’s resolution to bring supply and demand in line. it may anger US President Donald Trump. who has used social media to ask the Saudis and OPEC to keep the taps open. Saudi total exports are set to drop to around 7mn bpd in January. down from about 8mn bpd in November-December. one of the people said. Khalid al-Falih. the kingdom’s energy minister. told reporters recently that Saudi production will drop in January to 10.2mn bpd. down from 11.1mn in November. The oil market has so far largely ignored the production cuts that OPEC and its allies announced in early December. a larger-than-expected 1.2mn bpd – or just over 1% of global demand. Despite the OPEC+ curbs. benchmark Brent crude has hovered near $60 a barrel. Futures in London jumped 2.2% Thursday on the prospect of lower Saudi shipments to the US. closing at $61.45. Prices are still down 7.7% for the year. The export curbs. if fully implemented. will affect big US refiners such as Valero Energy Corp. Phillips 66. Chevron Corp. Exxon Mobil Corp. and Marathon Petroleum Corp forcing them to buy similar crude elsewhere. such as Mexico. Canada or Venezuela. They could also hit Motiva Enterprises LLC. the Saudi-owned company that operates the largest refinery in the US. Saudi Arabia has shipped 860.000 bpd of crude to the US on average so far this year. according to Bloomberg calculations based on weekly customs data. Saudi exports into America had run even higher in the second half of the year. with July-to-December shipments rising to an average of 975.000 bpd. according to Bloomberg calculations. Oil trader Andy Hall. who earned the nickname “God“ for his prescient calls on pricing before closing his hedge fund after suffering losses last year. says the oil market is heavily influenced by data like the weekly US stockpile figures. “People look at these things. scrutinize them.“ he said of the data on Bloomberg Television on Thursday. “The fact is. they only cover the US. which is 25% of the world oil market. The data available for inventories elsewhere in the world is poor at best.“ 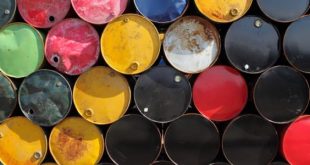