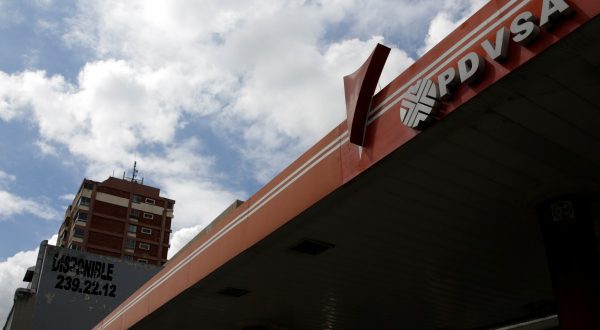 Venezuela Oil Production Likely to Fall 300.000 b d by End-February

Venezuela is preparing to shut more than a quarter of its already reeling oil production in the coming weeks. with US sanctions preventing state-owned PDVSA from importing diluent needed to extract its extra heavy crude. sources said Monday.

Sources at PDVSA told S&amp.P Global Platts the company expects it will not be able to produce some 300.000 b d of diluted crude oil (DCO) without supplies of naphtha that are blended with the thick. tar-like crude from the Orinoco Belt to make it transportable.

Production of conventional crude oils that do not need to be improved will continue. but given the deterioration of infrastructure and internal labor problems. even those volumes will see further declines.

As a result. Venezuela`s total crude output will fall to below 800.000 b d by the end of February. the sources said.

Platts estimated the country pumped 1.17 million b d in December in its most recent monthly OPEC production survey.

`There is internal rebellion in PDVSA.` one source told Platts on condition of anonymity. `The vast majority of workers do not attend calls and refuse to comply with orders that could put their personal safety at risk.`

The sanctions. imposed last week. are expected to block the roughly 120.000 b d in diluent that the US ships to Venezuela from Citgo. PDVSA?s US refining subsidiary.

Reliance Industries is another main supplier of diluent to Venezuela. providing about 65.000 b d under a swap arrangement. but analysts say the Indian refiner would likely shy away from business with PDVSA so that its US subsidiary. RIL USA. does not get impacted by sanctions.

China Oil is the other main supplier of diluent. shipping about 50.000 b d as part of a loan agreement that China signed with Venezuela.

Even with diluent. PDVSA?s DCO has come under increasing criticism for its high water content and sediment. as well as delays to loadings and inconsistent cargo volumes.

`We do not have ships lined up waiting to load crude.` another PDVSA source told Platts. `There are also no ships unloading imported products on our docks. PDVSA is being isolated without the possibility of selling or buying. That`s the reality.`

Venezuela`s domestic refineries remain mostly idle due to lack of crude supplies and damaged equipment. with rampant fuel shortages in the country that could lead to rationing.

The 955.000 b d Paraguana Refining Center was operating at only 20.6% capacity on Monday. according to a technical report seen by Platts. while the 187.000 b d Puerto La Cruz refinery was only running at 11.8% of its capacity. The 140.000 b d El Palito refinery has been shut entirely.

`Inventories are exhausted.` a Paraguana operator told Platts. `There are gasoline and diesel inventories for less than two days. LPG inventories are also depleted. Nor is there any jet fuel.`

The PDVSA-operated Isla Refinery on Curacao is facing dire straits. as well. The refinery had been a lifeline for PDVSA for processing crude and supplying Venezuela`s market with refined products. but with the sanctions. it may have to be shuttered.

Tankers arriving at the refinery have refused to unload because of the embargo. and Isla has processed all of the crude it received in January.

Venezuelan oil minister Manuel Quevedo. a former brigadier general in the National Guard. late last week decreed that no tankers would be allowed to depart without prepayment of cargoes. but PDVSA customers are wary that the prepayments would violate US sanctions.

The situation has become so tense that National Guard troops last week tried to force the captain of the Citgo-chartered vessel Mambo. which arrived at the Cardon refinery in the Paraguana complex on January 29. to unload 140.000 barrels of ultralight diesel under threat of imprisonment. sources said.

The captain had been ordered by Citgo not to offload the diesel because it had not yet been paid for by PDVSA. which eventually produced a court order to have the cargo discharged. according to the sources.

The Mambo left Cardon on Sunday. according to Platts shipping tracking software cFlow. after five days in port and is now in the Caribbean Sea headed to Houston.

Previous OPEC`s Oil Exports to U.S. Fell to Five-Year Low in January
Next Foreign Minister Condemns US for Destroying Region