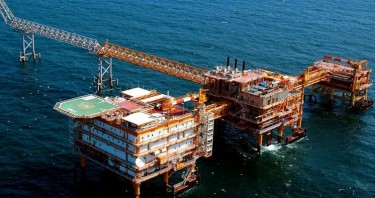 Iranian Minister of Petroleum Bijan Zangeneh. on the eve of the 40th anniversary of the Islamic Revolution’s victory. underlining Iran’s natural gas production capacity from the jointly owned South Pars gas field and inauguration of the refinery sections of phases 13 and 22-24 of South Pars in the near future. said: `With the opening of these phases. Iran outdoes Qatar in gas recovery from South Pars gas field.“

He also asserted that the Joint Comprehensive Plan of Action (JCPOA or the nuclear deal Tehran struck with the P5+1 group of countries) had been a success prior to the US’ unilateral pullout from it. saying Iran`s oil production had increased by 1 million barrels a day within only four months after the deal was clinched. inasmuch as the country’s oil exports in May 2018 reached 2.8 mbd. which means that the JCPOA was indeed a success. According to Mr. Zangeneh. during the last four decades. Iran’s refining capacity has doubled.

The Iranian Minister of Petroleum noted the current US sanctions imposed on Tehran were more severe than the ones Iran faced during the 8-year imposed war with Iraq. adding the oil industry was the spearhead of the unlawful and unilateral US war on Iran.

He stated that the focus of the US attack was on the Iranian oil industry. saying: `The US is primarily aiming to cut Iran`s export revenues to zero. and in case it fails to succeed in this field. it would try to prevent the transfer of Iranian export cash.`

The official named crude oil. petroleum products and petrochemicals as the main Iranian exported items. adding. “The United States was trying to prevent export of the items and. in case of the exports. prevent the money to enter the country to be spend to meet the needs of the people of Iran. but we exert all our efforts to ensure they would not succeed.“

Referring to implementation of Phase 11 project of South Pars and Total’s withdrawal from the project. saying: `We signed only one important deal after the JCPOA which concerned development of Phase 11 Project of South Pars with a consortium of France’s Total. China’s CNPCI and Iran’s Petropars in which China had 30% stocks and had insisted to enter the contract.“

“With Total’s withdrawal from the project. the Chinese company has taken over its stocks as the developer of the project and we still insist that the Chinese stay in the contract.“

Zanganeh continued: “We have written to the Chinese for the development of Phase 11 of South Pars gas field. but they have not answered our correspondence so far.“

Iran Keen on Working with China and Russia

In response to a question regarding Iran’s unwillingness to work with Russia and China in the aftermath of the nuclear deal. Mr. Zangeneh said: `We still have a desire to continue working with the Chinese and the Russians. but it should be noted that for the implementation of a deal. both parties must sign it. I cannot sign a contract on behalf of both parties.“

`For the development of the northern and southern parts of Azadegan oilfield. we also agreed to negotiate with the China National Petroleum Corporation (CNPC) outside the bidding process. regarding Yadavaran. we also agreed to negotiate with China’s CINOPEC outside the bidding process. however. they are not currently active due to certain considerations of their own. and we cannot be responsible for their inaction.“

Elsewhere in the press conference. the official underlined the signing of a memorandum of understanding between Iran and some Russian companies. adding talks were continuing with the Russians.

No Offers by India

Zangeneh said India had not offered any propositions for construction of a pipeline to export Iranian gas. saying. “India has not proposed anything in this regard. the Russians first proposed such a thing and Iran endorsed it. Accordingly. an MoU was signed for a pipeline to be installed from the Pakistani territory to India. Russia is now responsible for preparing India and Pakistan for the project and says one of the two is ready for construction of the project. But. the Indian government has never put forward any suggestions regarding gas exports via pipeline to Iran.

The official also touched on energy talks between Iran and Iraq. saying in the talks Iran was the side that insisted more and the Iraqi side did nothing. “For example. after sanctions were imposed on Iran. Iraq severed the swap of 11.000 barrels of oil in Kirkuk. on the other hand. Iraq is $2 billion in debt to Iran for receiving Iran’s gas and power.“

Iran is currently exporting gas to Iraq. Armenia. and Turkey. “Regarding Pakistan. Iran has fulfilled all its commitments in this regard. however. the Pakistanis have failed in this regard and have not built not even a meter of the pipeline on their side.“

No Updates about Oil Output. Exports

Zangeneh refused to give any details about Iran’s current oil production and exports due to the sanctions. saying. “If we do not say anything. it does not mean that nothing is being done. We have so far done well which is why the US is fuming at us and is deeply focused on out activities.“

“Although Iran’s crude oil production has dropped from 5 mb d [in 1979] to about 4 mb d today. the significant point is that the country’s recoverable liquid hydrocarbon reserves has increased from 88 billion to 160 billion barrels now.“

He said that more than 50 billion barrels of oil had been recovered in the past four years.

Zangeneh also said Iran’s recoverable gas deposits had grown to 33 tcf from 9 tcf over the past four decades.

“There was almost no gas industry before the [1979 Islamic] Revolution and only 36 mcm d was processed at the Bidboland refinery. Today. this figure has been multiplied by 30.“ the minister said.

Zangeneh also said that Iran’s gas condensate production had reached 750.000 b d from nothing in 1979.

The minister also touched on the petrochemical sector. saying Iran was selling more than 30 million tonnes a year of petrochemical products. which is valued at $17 billion.

Zangeneh said an oil terminal would become operational in Jask for export outside the Persian Gulf region by March 2021.

The minister also boasted that Iran’s gasoline production had risen from 52 ml d five years ago to 105 ml d now.

Previous PDVSA to Redirect Exports to Customers in Europe and Asia
Next OPEC`s Oil Exports to U.S. Fell to Five-Year Low in January