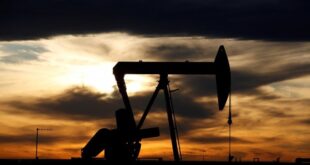 Japanese refiner Cosmo Oil will load around 900.000 barrels of Iranian Heavy crude oil in early March as local refiners are rushing to lift as much barrels from Iran during the current 180-day US sanctions waivers. sources with direct knowledge of the matter told S&amp.P Global Platts Tuesday.

Cosmo Oil is now scheduled to load around 900.000 barrels of Iranian Heavy crude on a VLCC around March 4-5 and discharge the cargo in Japan around March 27-28 after calling at Ras Tanura in Saudi Arabia. and Zirku Island in Abu Dhabi. the sources said.

The US continues to pursue a zero-tolerance policy for its Iran oil sanctions and is urging importers to eliminate all purchases from the Middle East country. Francis Fannon. assistant secretary at the US State Department`s Bureau of Energy Resources. said Monday during a visit to Japan.

`The US policy is to drive Iranian exports to zero.` Fannon said during a media briefing in Tokyo. `That policy has not changed. We are unwavering in our policy.`

Fannon was asked whether Washington would consider extending Iran sanctions waivers when they expire in May. given falling supplies from Saudi Arabia as a result of the production cut agreement by OPEC and allies. and the ongoing crisis in sanctions-hit Venezuela.

He said it was premature to say whether the State Department would grant new waivers in May to the eight countries that were allowed to continue importing Iranian oil in return for promising to significantly cut their dependence on the supplies.

Fannon was in Japan after visiting South Korea early last week. Both oil-importing countries are asking Washington to grant them new 180-day waivers to import Iranian crude when the current exemptions expire May 4.

Japanese refiners. meanwhile. are planning to load Iranian crude by March and expect to halt the liftings in April if there is no news of a US waiver extension. Petroleum Association of Japan president Takashi Tsukioka said Friday.

Cosmo Oil was among the first Japanese refiners along with Showa Shell. Fuji Oil to resume Iranian crude loadings in January–the first in four months–totaling around 4.9 million barrels.

This was followed by JXTG Nippon Oil &amp. Energy resuming loadings in early February. and its parent JXTG Holdings has said it intends to suspend loading of Iranian oil in early March unless Japan secures an extension to its US sanctions waiver.

Idemitsu Kosan has also said it intends to resume its purchases of Iranian crude oil during the current US sanctions waiver.

Confusion surrounding shipping. insurance and banking rules under the US sanctions kept some countries from resuming imports after the US granted the waivers on November 5.

All transactions under the US State Department`s current `significant reduction exemptions` must be completed by May 4. Fresh waivers would start May 5 for countries that the US determines have been able to significantly reduce Iranian imports in the previous six months. 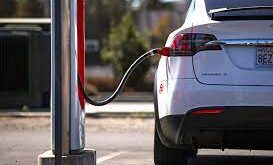