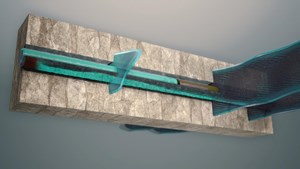 Signs of Recovery for Schlumberger. Halliburton amid Earnings Pain 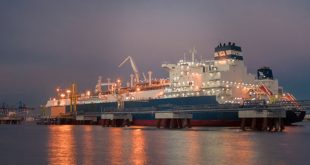 It’s been a tough few years. but the OFS giants may finally be on an upward curve. thanks to a recovery in international drilling activity and signs of something similar happening in the U.S.

The number of fracing crews working in U.S. shale basins hit a new record earlier this month. and is up 12% since mid-January as the nation’s crude producers push to complete already drilled wells. expecting a raft of new pipelines to open starting in 2019.

Schlumberger is scheduled to report first-quarter earnings Thursday and Halliburton will follow early next week. While the drilling and fracing contractors are seen posting year-on-year declines in adjusted earnings per share of 21% and 46% respectively. analysts and investors will be closely scrutinizing the companies’ forward-looking commentary.

“There will be a tug-of-war in investors’ minds between mostly sub-par first-quarter 2019 earnings results and positive guidance and commentary from those same names that have had a rough past six months.“ J. Marshall Adkins. an analyst at Raymond James. wrote Wednesday in a note to investors.

Oil services were hit hard by the steep sell-off in the oil market that started in 2014. North American customers cut back in response. and they have remained conservative in their spending amid pressure to return more cash to investors. Halliburton. which generates most of its sales in the U.S. and Canada. said last month that customer expenditure in North America will be as much as 10% lower this year. Schlumberger said it could be down even more than that.

Still. new pipelines are scheduled to open throughout the U.S. later this year. With some transportation bottlenecks being alleviated as a result. more exploration companies are now lining up crews to complete oil and gas wells that have already been drilled but have yet to go into production. Halliburton. the world’s biggest provider of hydraulic fracturing. said last month it expects the industry-wide glut of frac gear in the U.S. to balance out as the year progresses.

While activity can change quickly in the American shale patch. elsewhere in the world the pace is much slower. as the biggest hired hands wait for multi-year service contracts to roll over. But the picture is brighter outside the U.S.: Oil explorers are expected to boost spending in international markets close to 10% compared to 2018. according to James West. an analyst at Evercore ISI. “Finally. international will shine.“ he said in a note.

That’s key for Schlumberger and its smaller rival Baker Hughes. a GE company. both of which generate most of their sales outside the U.S. and Canada. Baker Hughes. the No. 3 oilfield contractor. is expected to post a 44% gain in first-quarter earnings when it reports at the end of this month.

As Schlumberger looks to ramp up its bread-and-butter international work. investors are also waiting to see if the company announces a new CEO. The Houston- and Paris-based company’s board is leaning toward picking COO Olivier Le Peuch to become its next CEO. a person familiar with the matter said earlier this week. 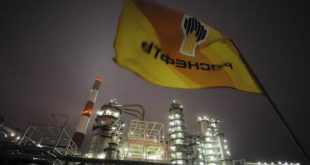