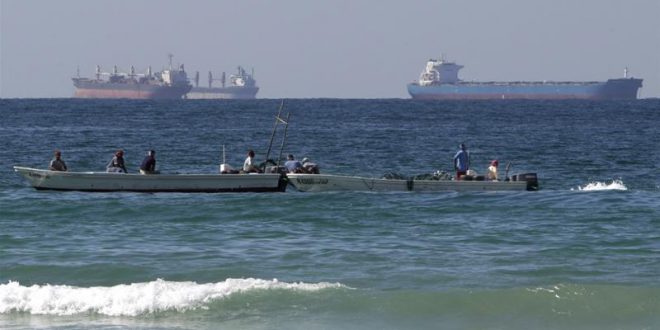 Iran Threatens to Close Strait of Hormuz if Waivers End

Iran will close the Strait of Hormuz. a waterway vital for global oil shipments. if the country is prevented from using it. a senior military official said on Monday in what appears to be a response to the U.S. plan to end waivers on Iranian oil exports.

“If we are prevented from using it. we will close it.“ the state-run Fars news agency reported. citing Alireza Tangsiri. head of the Revolutionary Guard Corps navy force. “In the event of any threats. we will not have the slightest hesitation to protect and defend Iran’s waterway.“

Iranian officials have threatened to close the waterway in the past amid rising tension with the U.S. and Tangsiri’s remarks could be an attempt to deter the U.S. from its plan to slash the nation’s oil exports. The price of Brent crude. already at a six-month high. was little changed after the statement.

But the commander’s response comes as President Donald Trump prepares to deal a severe blow to the Islamic Republic’s economy. On Monday. Secretary of State Mike Pompeo will deliver the decision that no waivers from sanctions will be renewed to importers of Iranian oil. according to four people familiar with the matter. The U.S. will also announce offsets through commitments from other suppliers such as Saudi Arabia and the United Arab Emirates.

The Strait of Hormuz is a narrow waterway carrying a fifth of the world’s traded oil that Iranian officials have threatened to block in retaliation for sanctions targeting the country’s nuclear program. The U.S. has said it would move to stop any Iranian attempt to block the waterway.