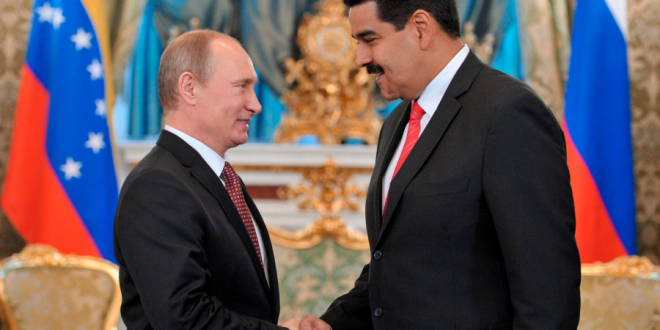 Venezuela’s oil production held up last month. but appears to be falling off a cliff once again.

Output in Venezuela rebounded a bit in April. following the horrific electricity blackouts that rocked the country the month before. Production rose to 768.000 bpd in April. up a modest 28.000 bpd. ending a long string of monthly losses. The data would appear to be positive for Venezuelan President Nicolas Maduro. who managed to fend off a coup attempt in late April and early May.

However. the uptick in production may only amount to a temporary reprieve. with outside pressure. led by U.S. sanctions. continuing to choke the country.

The situation became dire this week. Venezuela’s Orinoco Belt saw production plunge by 77 percent on Tuesday. falling from 764.100 bpd at the start of April to just 169.800 bpd on Tuesday. according to S&amp.P Global Platts. The reason? There were a lack of tankers available to take away exports. Storage is filling up and ports are having trouble getting product out to sea.S&amp.P said that production of Orinoco blend crude was shut down at three upgraders. which included Petropiar (a joint venture between PDVSA and Chevron). Petromonagas (with Rosneft) and Petrocedeno (with Total and Equinor). Meanwhile. PDVSA’s Petro San Felix is also out of commission.

Without upgraders or tankers. production has to decline. For instance. Total. Equinor and PDVSA shut down output at their extra-heavy oil project in the Junin field in the Orinoco Belt. according to S&amp.P. One field operator told S&amp.P that an “optimistic scenario“ would entail Venezuelan oil production at only 400.000 to 500.000 bpd.In other words. Venezuela’s oil production. already down sharply. is in freefall.

A separate report from Argus Media came to a similar conclusion. estimating that Venezuelan oil production has collapsed to 500.000 bpd. Argus said that storage had filled up and slow tanker loadings contributed to the sharp decline. With the U.S. market completely eliminated due to sanctions. Venezuela’s remaining exports are heading across the world to India and China. But those countries cannot make up for the lost U.S. market. With exports trailing production. and storage full. oil fields are left with no choice but to curtail output. Meanwhile. many ships are steering clear of Venezuela.

PDVSA is trying to retool the upgrades to process a simpler form of heavy oil. Lacking naptha to dilute heavy oil. the upgraders would phase out the lighter synthetic grades and instead process heavy oil blends that refiners in China and India would buy. according to Argus Media.

Punitive action from the Trump administration is largely to blame for the deepening crisis. “The US sanctions have impacted the international market and have increased the cost of freight to Venezuela. the availability of ship owners to provide such services and the final cost of the products. placing PDVSA in an unfavorable and weak negotiating position.“ a PDVSA tender report said. according to S&amp.P Global Platts.

The plunge in production could be a fatal blow the Maduro government. which has held on to date despite an aggressive regime change campaign undertaken by Washington. Unless production rebounds. the pressure on Maduro will continue to mount.

Meanwhile. Maduro is anxiously watching news from Russia. The Telegraph reported that U.S. Secretary of State Mike Pompeo was set to meet with Russian President Vladimir Putin in Sochi. where the two would “discuss the fate“ of Maduro. Putin was thought to go to great lengths to prop up Maduro. maintaining an ally while also keeping alive a thorn in Washington’s side. But Putin reportedly told President Trump on a phone call recently that he was prepared to withdraw support for Maduro. The price? The U.S. would need to withdraw military assistance to Ukraine.

None of this has been made public. so time will tell if The Telegraph’s report pans out. But if true. it’s hard to imagine Maduro will be able to hang on with oil production in a nosedive and his key sponsor making moves to sell him out.

Previous Global Energy Investment at $1.85trln
Next US Targets Shippers for Bringing Venezuela Oil to Cuba