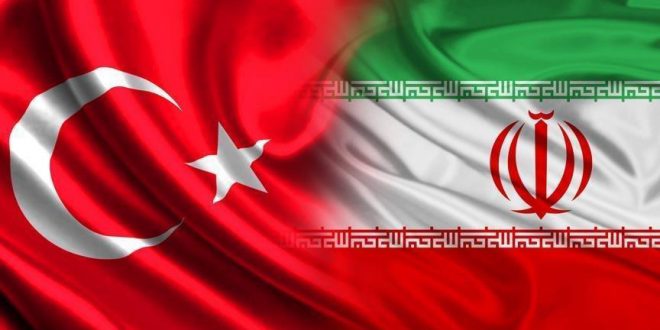 The Chairman of Iran-Turkey Chamber OF Commerce Reza Kami emphasized the development of trade and economic relations between the two countries during a meeting with the members of the Chamber of Commerce and Industry of the city of Escandron. Turkey.

Kami. who heads a commercial delegation from Iran to the port of Escandron (Hatay province). on the border with Syria by the Mediterranean. said that Iran is ready to take further steps to promote Iran-Turkey trade relations.

He also invited Turkish investors and businessmen to visit Iran.

During the meeting with the Iranian delegation from the city of Escandron. both sides discussed bilateral trade relations and the issue of trade in the Hatay city with the Middle East.

Lonet Haghi Yilmaz. chairman of the Escndarron Chamber of Commerce and Industries. also expressed his satisfaction with the visit of the Iranian delegation. pointing out the possibility of a strong trade link between the Hatay region and Iran.

He emphasized his willingness to visit Iran. along with a group of regional economic activists and investors.

Recently. Kami had said that the trade volume between Iran and Turkey is expected to observe a huge surge by the end of the current fiscal year (ends on March 20. 2019).

Kami hailed the “acceptable trend“ of economic relations between the two neighbors. saying. while Iran and Turkey’s trade volume stood at around $8 billion during the past six months (May-Oct.). it is expected to rise significantly.

Noting that Turkey is the destination for over 50% of Iran’s non-oil exports. he added. the chamber expected to level up the bilateral trades to $12 billion by the end of the current Iranian year (to end March 19. 2020).

Previous Australia Could Win Big From the U.S.. China Trade War
Next OPEC+ Considers Oil Production Increase in the Second Half of 2019