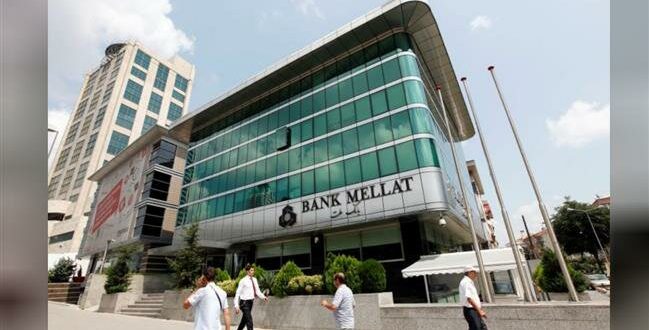 The trial. due to commence on June 17 and last for five weeks. will hear that the UK’s actions substantially damaged the bank`s reputation and led to the loss of profits. customers and access to international banking services.

The bank says the UK government also lobbied other international authorities to impose financial restrictions. leading to “copycat“ sanctions being introduced by the United Nations. the European Union and others.

Several high-profile UK government figures are expected to appear before the court. including Alistair Darling who was the chancellor of the exchequer at the time of the freeze.

The sanctions were imposed by the Labour government under former prime minister Gordon Brown. claiming Bank Mellat engaged in conduct that supported and facilitated Iran’s nuclear and ballistic missile programs.

In 2013. Britain’s Supreme Court threw out the allegations and quashed the curbs which had limited UK-based entities from dealing with Bank Mellat and its subsidiaries.

The sanctions – part of the 28-member European Council’s freeze of the funds of Iranian financial entities from 2010 – were however lifted in 2016 when an international nuclear deal with Iran came into effect.

Lawsuits by other Iranian companies

In February 2014. the bank filed a damages claim in London’s High Court. In 2016. the European Court of Justice also ruled in favor of Bank Mellat.

Since all the measures concerning Bank Mellat have been annulled. its funds are deemed not to have been frozen between 26 July 2010 (date of first freezing measure) and 16 January 2016 (date on which the freeze was lifted). the court said.

Bank Mellat’s lawyer. Sarosh Zaiwalla. said at the time that the judgment would strengthen $4 billion claim for damages. indicating that the Iranian lender also considered litigations against the European Council for compensation.

The rulings have allowed other Iranian firms to launch suits. In 2015. the EU’s General Court annulled sanctions on Bank Tejarat and a series of shipping companies.

In its defense document. the British Treasury reportedly alleges opacity around the ownership of Bank Mellat. claiming that it cannot tell how much of any damages awarded would go to the Iranian government.

Despite the legal victories. Iran’s banking sector is still struggling under the impact of unilateral US sanctions imposed last year.

Global transaction network SWIFT which had reconnected a number of Iranian banks to its system. allowing them to resume cross-border transactions with foreign banks. has again cut off them from the network.

European powers have been tinkering with a much-hyped special trade vehicle known as INSTEX that purports to circumvent US sanctions and keep some semblance of business channels open to Iran.

France. Germany and Britain. however. have been struggling to operationalize it. raising serious doubts about their determination to compensate for last year’s unilateral US pullout from an international 2015 nuclear deal Iran.