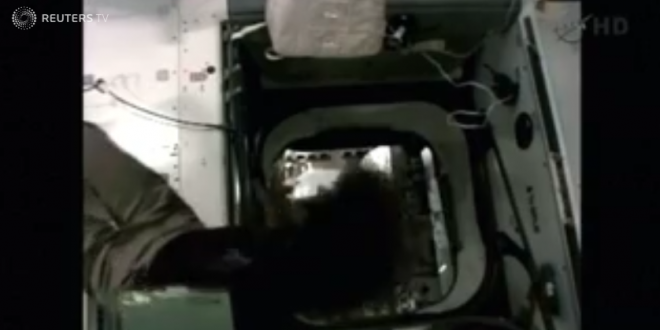 NASA will allow private citizens to stay at the International Space Station (ISS) for month-long getaways at a cost of about $35.000 per night. the U.S. space agency said.

The shift reverses a long-standing prohibition against tourists and private interests at the orbiting research lab. and reflects a broader push to expand commercial activities at the ISS and in space more generally.

It paves the way for private citizens to travel to the ISS aboard rocket-and-capsule launch systems being developed by Boeing Co and Elon Musk’s SpaceX. The two companies are set to ferry astronauts to the ISS from U.S. soil for the first time in nearly a decade.

NASA will allow up to two private trips to the station per year. each lasting up to 30 days. NASA said. The first mission could be as early as 2020.

But the ride won’t be cheap.

NASA estimated the cost of a flight would be around $50 million per seat. In addition. NASA will charge visitors for food. storage and communication once at the station.

“If you look at the pricing and you add it up. back of a napkin. it would be roughly $35.000 a night. per astronaut.“ NASA’s Chief Financial Officer Jeff DeWit told a news conference in New York.

“But it won’t come with any Hilton or Marriott points.“ DeWit deadpanned.

NASA’s Russian counterpart Roscosmos has already allowed a number of private citizens at the station.

NASA officials also said opening the door to private enterprise gives the agency more room to focus on the Trump administration’s goal of returning to the moon by 2024. which could be fueled in part by revenue generated from new commercial services and paying astronauts.

Arrangements for the trip were being left to Boeing and SpaceX. NASA said.