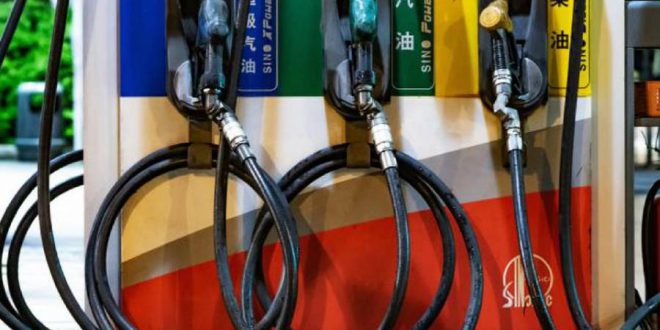 Oil Demand Signals are Flashing Red as Price Dives Toward $50

Estimates for March and April are pointing to year-on-year declines in regions that account for almost half of global oil demand. according to Morgan Stanley. Indicators including the profit from making plastics have been sinking while refining margins in Europe recently hit multiyear lows.

Even support from one of the tightest physical markets in years is starting to weaken — premiums refineries pay to procure immediate supplies are slumping. That’s despite output being hit by a combination of OPEC production cuts. U.S. sanctions on major producers Iran and Venezuela. and an unprecedented halt to Russia’s giant Druzhba crude pipeline. Analysts are now taking increasingly bearish views on consumption for this year.

Demand expectations for 2019 have so far been unrealistic. said Mark Maclean. managing director at Commodities Trading Corp. in London. which advises on hedging strategies. China has slowed faster than people expected. and the trade war is still having a significant impact. the EU will not be a pocket for demand growth this year and the U.S. is also problematic.

Oil isn’t alone in showing weakness. While stocks have so far shown resilience in the face of the trade war. other parts of the global financial market betray investor fears. Government bonds have been on a tear. with the yield on 10-year U.S. Treasuries falling more than a percentage point since a November peak as traders seek out safer assets.

Other established havens have enjoyed similar demand. and gold touched the highest since April 2018 last week while the Japanese yen is near the strongest this year.

Concerns about oil demand are also filtering through to policy-makers in producing nations. This week both Saudi Arabia and Russia addressed concerns that weaker consumption has the potential to send crude prices below $40 bbl if OPEC and its allies don’t persevere with output cuts. West Texas Intermediate traded at around $52 bbl on Wednesday. having slumped into a bear market last week.

Though the International Energy Agency expects oil consumption to grow by 1.3 MMbpd this year. Wall Street has been turning more pessimistic. Morgan Stanley said it expects growth of 1 MMbpd. while JPMorgan Chase &amp. Co. sees 800.000 bpd. That which would be the lowest growth rate since 2011. If demand grows by less than 600.000 bpd this year. it would be the weakest since 2009. according to IEA data.

The outlook has been darkened particularly by concerns around the trade war between the U.S. and China. Global trade growth is set to slow for a second year. to 3.4% in 2019. according to the International Monetary Fund. and that easing will continue to crimp oil demand. said Caroline Bain. chief commodities economist at researcher Capital Economics in London.

We’ve had quite a slowdown in world trade. and we’re not expecting it to pick up. which is negative for oil demand. said Bain. who sees oil demand growing by 900.000 bpd this year.

Demand weakness will be reflected most starkly in diesel-like products such as gasoil. said Steve Sawyer. an analyst at consultancy Facts Global Energy in London. In recent weeks. the structure of that market has weakened significantly for the rest of 2019. suggesting growing expectations of oversupply.

There’s still cause for hope. Demand for jet fuel should remain robust as air travel continues to expand. Sawyer said. Meanwhile. new rules curbing the amount of sulfur that ships are allowed to emit are set to provide a much-needed boost to oil demand toward the end of the year.

But lighter products are still providing a cause for concern. Producing naphtha — which can be used to make gasoline or plastics — is the least profitable in Europe for the time of year since 2012. In Asia. profits from churning out the product tumbled in recent weeks. The weakness in those regions has started to chip away at the profitability of refining crude in some parts of the world.

Demand has been particularly weak in Asia. said Olivier Jakob. managing director at consultant Petromatrix GmbH in Zug. Switzerland. The growth needs to come from there and right now it’s not.