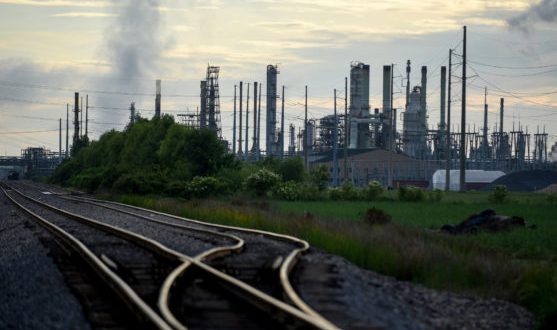 Brent crude rose 1.4% on Friday. bringing its increase for the week to 5.4%. President Donald Trump initially ordered military strikes against Iran on Thursday in response to the downing of a U.S. spy drone. but then called them off. according to an administration official. Hostility in the oil-rich region has escalated recently with a missile strike by Yemeni rebels on Saudi Arabia and an attack on tankers near the Strait of Hormuz. which the U.S. blamed on Iran.

The drone was shot down to send a “clear message“ to the White House. an Iranian military officer said. according to a story published by Iranian state-run media on Thursday. Despite crude’s recent rally. an entrenched U.S.-China trade war has dented the demand outlook and weighed on prices over the past two months. Washington and Beijing are set to resume talks next week. providing a glimmer of hope for the global economy.

“Given this week’s escalation in drone. missile and rocket attacks across the Middle East. traders will be reluctant to go into the weekend holding any shorts.“ said Vandana Hari. founder of Vanda Insights in Singapore. “If the situation appears to deteriorate through the day. expect more length to be stacked on.“

Brent for August settlement rose 63 cents to $65.08 a barrel on London’s ICE Futures Europe Exchange as of 1:50 p.m. local time. after settling 4.3% higher on Thursday. Prices are heading for the first weekly gain since mid-May.

West Texas Intermediate for August delivery advanced 27 cents to $57.34 a barrel on the New York Mercantile Exchange. The July contract. which expired Thursday. closed 5.4% higher. the biggest gain this year. Futures traded at a $7.73 discount to Brent. As a result of the contract rollover. WTI’s weekly increase was even bigger than Brent’s. at almost 9%.

Gasoline surged as much as 4.5% on the New York Mercantile Exchange to $1.8674 a gallon after a fire started at the Philadelphia Energy Solutions oil refinery. the largest such plant on the U.S. East Coast and the main supplier to the local gasoline market.

An American attack on Iranian targets. which would have included airstrikes. was close to being carried out when it was stopped. according to a U.S. administration official who was granted anonymity to discuss a national security matter. The official wouldn’t discuss whether the plan might be revived. and it was not immediately known what prompted the decision to hold off.

While U.S. and Iranian officials argued over whether the high-altitude drone was above international or Iranian waters when it was shot down. Trump said it might have been a “general or somebody who made a mistake by shooting that drone down.“ It was the second time in a week that the American president sought to minimize Iranian actions against U.S. interests.

Earlier this week. Trump called an attack on two oil tankers in the Gulf of Oman a minor issue. even as the Pentagon released images it said bolstered accusations Tehran was behind the assault. Saudi Arabia also blamed the attack on Iran. which has denied involvement in the incident.