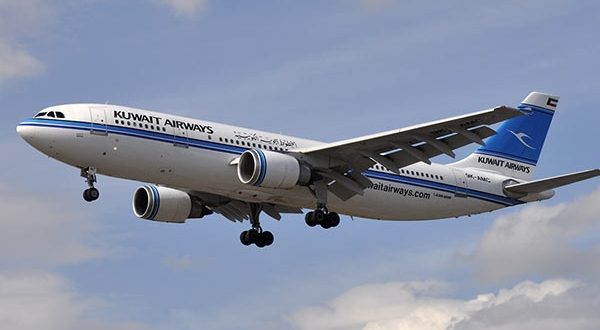 The Arabic-language al-Qabas newspaper quoted informed Kuwaiti sources as saying that no official change has been made by the country`s airlines in their flights routes.

The source added that the situation is stable and normal and the civilian flights continue round-the-clock.

According to the source. Kuwait`s civilian flights follow the international security policies. adding that certain airlines` decision to reroute from the Persian Gulf is not a global decision.

In relevant remarks on Sunday. Spokesman of Iran`s Civil Aviation Organization Reza Jafarzadeh stated that foreign airlines have not declared any rerouting from Iranian sky.

`We have not received any report about the change of route or reduction in the passing flights by foreign airlines.` Jafarzadeh told FNA.

He added that the foreign airlines prefer to use the Iranian airspace given its cost-effective nature and high security.

Jafarzadeh explained that after the Iranian Armed Forces shot down a US spy drone over the country`s territorial waters. Washington attempted to display Iran`s airspace as insecure through the ban placed by the Federal Aviation Administration (FAA) on US carriers` flight through Iranian airspace. adding that downing of the spy drone is no way related to the operation of passenger flights.

`All the world states admit that Iran`s airspace and sky is secure.` he said.

Also. on Saturday. Managing-Director of Iran Airports Company Siavash Amir Mokri blasted the FAA for banning the US carriers from Iranian airspace following the Islamic Revolution Guards Corps (IRGC)`s shooting down of a US spy drone. stressing that Iran`s sky was safe and open to all passing flights.

`Iran`s airspace has for several times been named as the safest sky of the region to the world by international aviation bodies.` Amir Mokri said.

He added that Iran had several times and on different conditions proved its practical commitment to international obligations and its capability to provide a safe. efficient and effective air traffic control service.

Amir Mokri underscored the safety of Iran`s airspace. and called on all airline companies to continue flights through Iranian skies with no concern and similar to the past.

`The Islamic Republic of Iran has been and is committed to all its international undertakings. including protecting the safety of passing commercial flights via its airspace.` he added.

The IRGC Aerospace Force shot down an American spy drone over the territorial waters of Iran near the Strait of Hormuz at dawn on Thursday.

The United States had confirmed that one of its reconnaissance planes was shot down by Iranian air defenses. but denied that it intruded into Tehran’s airspace at the time.

Also. US President Donald Trump said the US air force was “cocked and loaded“ to attack three Iranian targets on Friday morning. but he called off the strike with 10 minutes to spare after being told that the airstrike might kill as many as 150 people.

Trump said in a series of morning tweets that he decided late on Thursday that the death toll was not a proportionate response to the Iranian shooting down of a US spy drone off the Iranian coast 24 hours earlier.

After Trump`s remarks. Commander of the IRGC Aerospace Force Brigadier General Amir Ali Hajizadeh said that his forces could have shot down a US P8 aircraft with 35 on board which was violating Iran’s airspace. but decided to shoot down the drone to only send a message to Washington.

“We intended to send a message to American terrorists in the region.“ Brigadier General Hajizadeh said on Friday. adding that his forces had also traced a military P8 aircraft violating the airspace of Iran.

“Along with the American drone was an American P8 aircraft with 35 on board. and it was also violating our airspace and we could have downed it too.“ he said. adding. “But we did not do [shoot down] it. because our aim was to warn the terrorist forces of the US.“

On Thursday evening. Iranian Foreign Minister Mohammad Javad Zarif said that his country had retrieved parts of the US Global Hawk that was shot down from the country`s territorial waters. rejecting Washington`s claim that the aircraft was targeted in international waters.

`(The) US drone took off from UAE in stealth mode and violated Iranian airspace.` Zarif wrote on Twitter. adding that the Global Hawk drone `was targeted near… Kouh-e Mobarak` region in the Central district of Jask in Hormuzgan province after the aircraft violated Iran`s airspace.

Zarif even provided the coordinates where the US aircraft was intercepted. and added. `We`ve retrieved sections of the US military drone in OUR territorial waters where it was shot down.`

In an earlier tweet. Zarif stated that Iran `will take this US new aggression to (the) UN and show that the US is lying about international waters`.

The Iranian foreign minister noted that Tehran does not want war. `but will zealously defend our skies. land and waters`.

Commander of the IRGC Major General Hossein Salami stressed that the move should alert Washington officials to stay away.

The incident sent `a clear message` to the US and other enemies that Iran will show a firm and crushing response to any aggression. Salami stated.

`Borders are our red lines and any enemy which violates them will not go back home and will be annihilated. The only way for enemies is to respect Iran`s territorial integrity and national interests.` the major general noted.