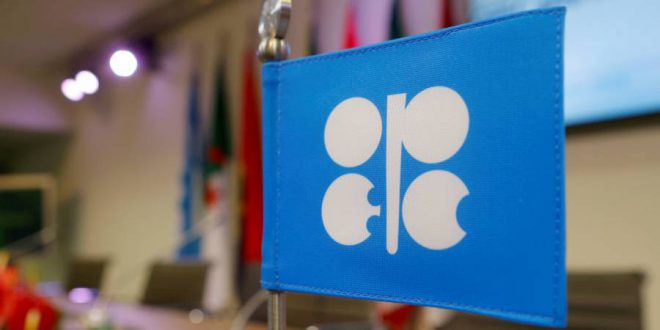 OPEC will Ink New Charter with Russia and Other Allies

The OPEC bloc of oil producers is expected Tuesday to sign off a new charter of cooperation with other major producers — including Russia — a day after thrashing out the document at a marathon meeting.

The new agreement between OPEC and its so-called OPEC+ partners is being seen as a sign of the cartel`s efforts to stay relevant in a market which has been transformed by booming US shale oil output.

The growing influence of Russia on the bloc was already in evidence on Monday when Russian Energy Minister Alexander Novak declared that all of OPEC`s ministers had agreed to prolong its daily production cuts.

The cuts had previously been agreed by Russia and OPEC kingpin Saudi Arabia at the G20 summit in Osaka last weekend. prompting Iran to warn that OPEC could `die` if it were reduced to a rubber-stamp for decisions made in advance.

However. Iran did support the extension of production cuts which will run until March 2020.

Tuesday`s meeting of OPEC+ — a grouping that comprises 24 crude producers including Russia. Kazakhstan. Malaysia and Mexico — is also expected to approve the collective production limits.

Monday`s gathering of OPEC ministers ran almost five hours late into the evening as ministers discussed the details of the new charter.

Iran was more sceptical of the idea and its Oil Minister Bijan Namdar Zanganeh said on leaving the meeting that the charter would have `no impact on OPEC and its mechanism or decision taking`.

While Monday`s agreement in Vienna had intially sent oil prices surging. on Tuesday they were more subdued amid fresh worries over the global economic outlook.