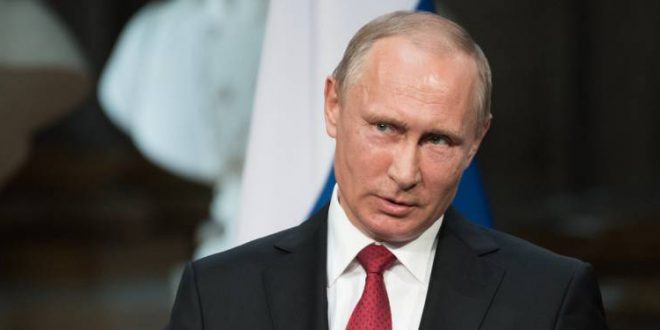 Asked about why. despite his overwhelming victory in the latest elections and the virtual non-existence of opposition. economic plans have struggled to take off. Putin said. “It’s not a question of the percentage of votes in the elections. but of the economic reality that Russia has to deal with. such as falls or fluctuations in international prices for our traditional export goods. from oil and gas to metals.“

The Russian president added. “Nor should we forget the influence of external restrictions.“ most likely referring to U.S. and European sanctions that followed annexation of Crimea in 2014. However. Putin also said Russia was ready to work on improving bilateral relations with the United States. but added that the ball was now in the U.S. court.

Russia has budgeted much lower prices than the current ones for 2019. which makes it quite a bit more resilient to negative trends in the benchmarks. Putin himself said as much last month when responding to questions about whether Russia would back the Saudi-proposed extension of OPEC+ production cuts.

Russia’s c for this year is based on an average price of $40 per barrel of crude as Moscow continues its cautious budgeting approach after the fallout of the 2014 price crisis. Saudi Arabia. on the other hand. needs oil at $80-85 per barrel to break even this year.

In fact. for Russia. the oil price level that would suit Middle Eastern producers could be prohibitively high as it would weaken demand for the commodity that. together with natural gas. makes up as much as 40 % of federal budget revenues.