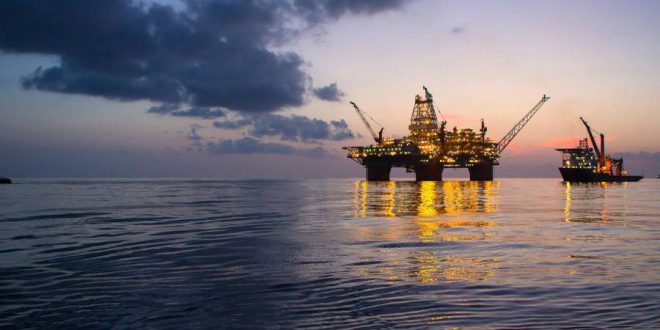 Last week showed both typical forces on the oil price at work. The bullish forces were geopolitics and the weather: When a British Royal Navy frigate thwarted an attempt by Iranian gunboats to block BP’s tanker British Heritage from passing through the Strait of Hormuz. the price for Brent shot up to a high of $67.59. Hurricane Barry affected the Gulf of Mexico with 75 percent of offshore production temporarily halted. Six major refineries on the Gulf Coast may be more heavily affected because of flooding induced by the storm. This is why WTI outperformed Brent last week. The WTI price was further boosted by the release of the Federal Open Market Committee’s minutes and Fed Chairman Jerome Powell’s indication that a rate cut was imminent. This all came to an end when both the Organization of the Petroleum Exporting Countries (OPEC) and the International Energy Agency (IEA) released their monthly reports. The bears took over once again. The IEA painted a particularly pessimistic picture. The agency said that the market had been oversupplied to the tune of 900.000 barrels per day (bpd) during the first half of the year. The situation is set to improve during the second half. which may only constitute a hiatus before a new wave of non-OPEC production to the tune of 2.1 million bpd hits the markets. According to the IEA. this could lead to stock builds of up to 136 million barrels at a forecasted OPEC production of around 30 million bpd in the first half of 2020. The IEA sees the call on OPEC crude at 28 million bpd. OPEC is slightly more optimistic with 29.3 million bpd.

We are still a few ticks away from balancing the oil markets despite the efforts of OPEC+ — an alliance between the 14 members of OPEC and their 10 allies led by Russia — which took 1.2 million bpd out of the market. At their meeting between July 1 and 2 in Vienna. the ministers decided to roll their production cuts over for nine instead of six months to provide a degree of certainly to the market. Laudable as that was. the cuts may not have been sufficiently deep in light of the impending oil glut. It is always hard to predict the future and a lot will depend on how the global economy will perform. which in turn depends on whether the trade war between China and the US will be closer to a resolution and how the Trump administration intends to look at its trading relationship with Europe. Still. OPEC+ will have to look at the forecasted supply overhang and decide what to do. This will not be easy as every supply cut results in the loss of market share to the benefit of producers outside the alliance. It is more difficult to manage amongst stakeholders than a classic price-versus-market-share debate. because the organizations trying to balance the market incur 100 percent of the cost. Last week proved once more that geopolitical events have an influence on the oil price. but only at the point in time that an event occurs. Otherwise. markets tend to put geopolitical risk factors to one side. because it is difficult to put a price on them. The same holds true for weather events like hurricanes. because their effects tend to be temporary. The bulls had a good run at the beginning of the week. The IEA and OPEC reports put the price development in perspective with Brent sliding to $66.50 and WTI briefly missing the $60 mark on Sunday. On Monday. both indices were largely flat in morning European trade.