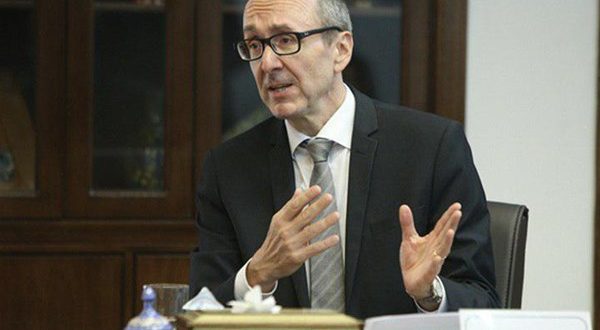 Iran enjoys this legal right to use the economic benefits of the nuclear deal and there is no doubt about this fact. Scholz told FNA in the Northern city of Semnan.

He stressed his efforts to pave the ground for the Iranian and Austrian companies` cooperation through his visits to different provinces of Iran.

We hope that friendship between the two countries` people will deepen and lead to the development of relations. Scholz said.

In relevant remarks in December. Scholz had ascertained that facilitating financial and commercial ties between Iran and Austria. specially between the private sectors of the two countries. was atop the priorities of Vienna.

He added that easing economic and trade ties between Iran and Austria to promote relations between the two countries’ private sectors was one of the Austrian government’s priorities.

Anti-Iran sanctions have made trade relations with Iran a little difficult but they can be improved through efforts. he said.

Austria serves as representative of European Union in Iran. as it tries to send positive signals from Iran so that the Iranian nation would be able to benefit from achievements of JCPOA. Scholz said.