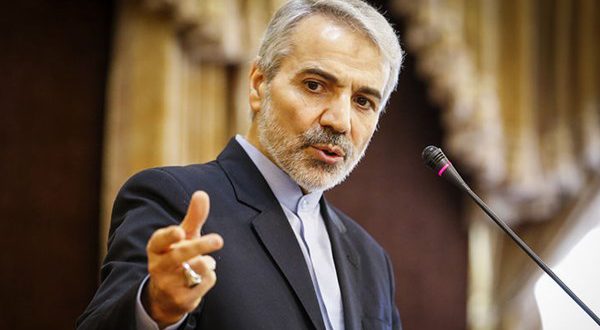 Despite the unprecedented sanctions that the enemies of the Islamic Republic have imposed on the Islamic Iran. the path pursued by the Iranian nation has not been distorted and based on International Monetary Fund (IMF)`s declaration. the inflation rate is decreasing and Iran`s economic growth is increasing and has become positive. Nobakht said. addressing a meeting in the town of Qarchak near Tehran on Tuesday night.

Elsewhere. he referred to US President Donald Trump`s proposal for renegotiation with Iran. and said. If the US president claims that he is a civilized person. he should be committed to the past undertakings on which 2.5 years of negotiations were held.

In relevant remarks last Monday. Iranian First Vice-President Eshaq Jahangiri underlined that his country`s economy had remained stable one year after the US imposed the toughest embargos against Tehran.

The US imagines that it can zero down our oil sales by exerting pressure on the countries which purchase Iran`s oil to lead Iran`s economy towards a collapse. but fortunately. the situation of Iran`s economy enjoys an acceptable stability one year after the US oil sanctions. Jahangiri said in a meeting with Head of the International Liaison Department of the Communist Party of China Song Tao in Tehran.

He described China as the main economic partner of Iran and oil customer. and said. All high-ranking Iranian officials have put the strategy to develop ties with China on their agenda as a serious mechanism.

Elsewhere. Jahangiri warned that the US is after endangering the Middle-East and Persian Gulf security. and said. The Islamic Republic of Iran`s policy is based on supporting multilateralism and confronting the US hegemony and we are ready to cooperate with China in regional and international dimensions in this regard.

Jahangiri also referred to Iran`s modification of its nuclear deal undertakings as a move to safeguard the agreement. saying that Iran will resume its halted undertakings once the other parties to the deal come to comply with their undertakings.

Song. for his part. blasted the US unilateralism and bullying. and said. China is determined to develop relations with the Islamic Republic of Iran. and there will be no change to the agreements between the two countries. while the two states can also share their experiences to confront the US pressures.