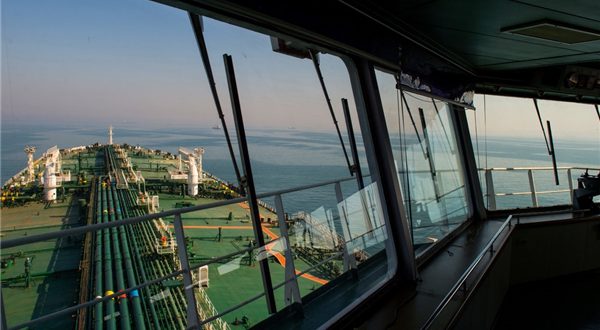 The NY examined the movements of more than 70 Iranian tankers since early May. when Washington had decided not to extend its sanctions waivers to eight importers of Iranian crude after the exemptions expired at the beginning of May.

It is not illegal under international law to buy and haul Iranian oil or related products. but the United States has stated that foreign companies that ignore the sanctions and do business with American companies or banks risk being punished by Washington.

Twelve of the tankers loaded oil after May 2 and delivered it to China or the Eastern Mediterranean. where the buyers may have included Syria or Turkey. according to The NYT`s claim.

Only some of those 12 tankers were previously known to have recently delivered Iranian oil. and an analyst stated the scale of the shipments documented by The NY Times investigation is greater than what had been publicly known.

The continued flow of oil underscores the difficulty the administration of US President Donald Trump has had in using sanctions to bring Iranian oil exports to zero after breaking with allies and partners on Iran policy.

The United States left a multi-lateral nuclear agreement with Iran last May. Afterwards. Washington re-imposed the sanctions that had been lifted under the accord. Since the US pulled out of the nuclear deal in May. 2018. formally known as the Joint Comprehensive Plan of Action (JCPOA). tensions have mounted between Washington and China. Russia. and even traditional European allies. as the US sought to pressure them into complying with the re-imposition of sanctions.

China has lashed out at the US decision to end sanctions waivers it granted to some importers of Iranian oil. warning that it will fuel the turmoil in the troubled Middle East and in the global energy markets. Calling the Washington decision a violation of Beijing`s interests. China has stressed that the US is operating outside its jurisdiction in unilaterally imposing the sanctions.

We urge the US to correct this wrongdoing and stop its illegal sanctions on companies and individuals. she told reporters at a daily briefing. noting. The US has neglected the legitimate rights of all countries and randomly applies sanctions. this is in violation of international law.