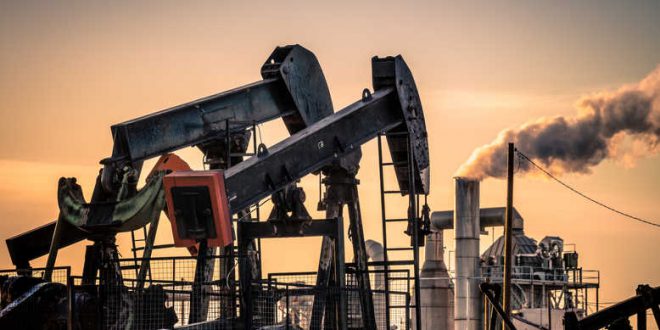 Saudis are Discussing Options with Producers to Halt Oil`s Slide

The kingdom won’t tolerate a continued slide in prices and is considering all options. the official said. asking not to be identified discussing private talks. He didn’t say what measures were being discussed.

Saudi Arabia. the world’s largest oil exporter. has already cut production more than required under the agreement between the Organization of Petroleum Exporting Countries and allies outside of the group.

West Texas Intermediate futures in New York declined 4.7 per cent on Wednesday after the Energy Information Administration revealed the first gain in U.S. crude inventories since early June. Oil was also swept up in a global meltdown of stock and commodity markets after rate cuts in New Zealand. India and Thailand escalated recession fears and spurred a flight to U.S. Treasuries and other safe havens.

Brent crude prices — the global benchmark — are down 14 per cent in the past week. on course for their worst monthly performance since November and close to wiping out all of the gains for the year. Brent had risen to as much as US$75.60 a barrel in April. They settled Wednesday at US$56.23. Futures recovered slightly after the Saudi official’s comments.

Planned gatherings in Abu Dhabi the week of Sept. 9 will be critical for leaders of the OPEC+ group. especially the Saudi and Russian energy ministers. to signal their intentions on production in the wake of oil’s price collapse. said Helima Croft. RBC chief commodities strategist at RBC Capital Markets.

“This has been a tough week for them.“ Croft said. “I do not think that these guys are complacent. I can imagine that Secretary General Barkindo is on the phone with Khalid Al-Falih and Alexander Novak right now. I can imagine the dialogue is pretty ferocious.“