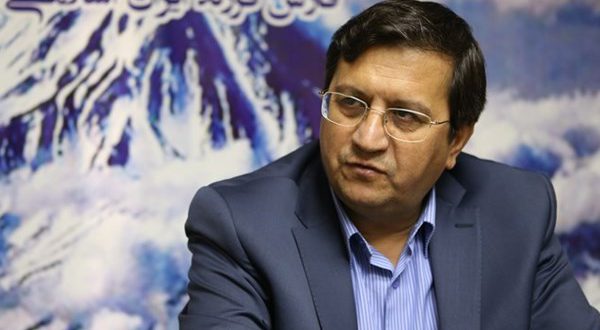 If the westerners are serious and determined about this issue (INSTEX). they should inject money to it equal to the extent that our oil revenues have been harmed or file for Iran`s oil futures. Hemmati said in an interview with the state TV.

He stressed that if the Europeans want to keep the nuclear deal alive. they should implement their undertakings. noting that INSTEX should also include the sanctioned goods too.

Washington withdrew from the internationally-endorsed 2015 nuclear deal with Iran on May 2018. re-imposed the toughest-ever sanctions against the country and started a plan to zero down Tehran`s oil sales.

Under the nuclear agreement reached between Iran and six world powers in July 2015. Tehran undertook to put limits on its nuclear program in exchange for the removal of nuclear-related sanctions.

Yet. Iran continued compliance with the deal. stressing that the remaining signatories to the agreement. specially the Europeans had to work to offset the negative impacts of the US pullout for Iran if they want Tehran to remain in compliance. The Iranian officials had earlier warned that the European Union’s failure in providing the needed ground for Tehran to enjoy the economic benefits of the nuclear deal would exhaust the country`s patience.

Almost a year later. however. the EU failed to provide Tehran with its promised merits. Then. the US state department announced that it had not extended two waivers. one that allowed Iran to store excess heavy water produced in the uranium enrichment process in Oman. and one that allowed Iran to swap enriched uranium for raw yellowcake with Russia.

Until May. Iran was allowed to ship low-enriched uranium produced at Natanz to Russia before it hit the 300-kg limit and the US measure leaves no way for Tehran other than exceeding the ceiling for storing the enriched uranium in violation of the 2015 nuclear deal.

Also. the United States would no longer waive sanctions that allowed Iran to ship heavy water produced at its Arak facility beyond a 300-ton limit set in the 2015 nuclear deal to Oman for storage which again forces Tehran to store it inside country in violation of the nuclear deal.

In return. Iran`s Supreme National Security Council (SNSC) announced in a statement on May 8 that the country had modified two of its undertakings under the Joint Comprehensive Plan of Action in return for the US abrogation of the deal and other signatories’ inability to make up for the losses under the agreement. warning that modifications would continue if the world powers failed to take action in line with their promises.

The Islamic Republic of Iran declares that at the current stage. it does not anymore see itself committed to respecting the limitations on keeping enriched uranium and heavy water reserves. the statement said.

Then Iran gave Europe 60 days to either normalize economic ties with Iran or accept the modification of Tehran’s obligations under the agreement and implement the Europe`s proposed Instrument in Support of Trade Exchange (INSTEX) to facilitate trade with Iran.

Iran set up and registered a counterpart to INSTEX called Special Trade and Financing Instrument between Iran and Europe (STFI) to pave the way for bilateral trade.

Then on June 28. Secretary General of the European External Action Service (EEAS) Helga Schmid announced that INSTEX has become operational.

INSTEX now operational. first transactions being processed and more EU Members States to join. Good progress on Arak and Fordow projects. Schmid wrote on her twitter account after a meeting of the Joint Commission on JCPOA ended in Vienna following three and a half hours of talks by the remaining signatories to the deal (the EU3 and Russia and China).

It was the 12th meeting of the Joint Commission on JCPOA in Vienna.

Meantime. seven European countries–Austria. Belgium. Finland. the Netherlands. Slovenia. Spain and Sweden–in a joint statement expressed their support for the efforts for implementation of the INSTEX.

Later. Araqchi described the nuclear deal joint commission meeting with the Europeans as a step forward. but meantime. reminded that it did not meet Iran`s expectations.

It was a step forward. but it is still not enough and not meeting Iran’s expectations. said Araqchi. who headed the Iranian delegation at the JCPOA joint commission meeting in Vienna.

In addition to their defiance of the JCPOA. the Europeans showed more animosity towards Iran and seized an Iranian oil tanker by Britain at the US request.

Borrell was quoted by Reuters as saying that Spain was looking into the seizure of the ship and how it may affect Spanish sovereignty as it appears to have happened in Spanish waters.

Spain does not recognize the waters around Gibraltar as British.

Experts believe that the measure taken by the British government in seizing the Syria-bound Iranian tanker is illegal and can have serious consequences for the government in London as it would mean a lethal blow to the JCPOA.

Kamalvandi had told FNA earlier in July that enhancing nuclear enrichment levels to 20% could well be the next move by Iran in case Europe failed to provide Tehran with the promised merits under the nuclear deal. adding that enrichment levels stood at 4.5% one day after phase two of scaling down JCPOA undertakings started.

The level of Iran`s (uranium) enrichment has exceeded 3.67% and at present the purity level of the produced materials is nearly 4.5%. Kamalvandi said.

He added that the current level of enrichment fully met Iran`s needs to fuel for the nuclear power plants. explaining that they consume enriched uranium with different purity levels up to 5% or less.

He also warned that Iran’s next step within the present course of action that had seen a reduction of undertakings under the 2015 nuclear deal. officially known as the Joint Comprehensive Plan of Action (JCPOA). would be stronger. saying that 20% uranium enrichment was an option.

Twenty percent is not needed now. but if we want we will produce it. Now that we have gone past the 3.67% enrichment. there won`t be any problem with this action. Kamalvandi said.

Options for enriching at higher levels had been discussed with the SNSC. the spokesman said.

There is the 20% option and there are options even higher than that but each in its own place. Today if our country`s needs are one thing. we won`t pursue something else just to scare the other side a little more. But they know it`s an upward trend. he said.

Kamalvandi said increasing the number of centrifuges was an option for Iran`s third step along the lines of the policy of modifying commitments to the nuclear deal. noting that restarting IR-2 and IR-2 M centrifuges was also another option.

The remaining European signatories to the nuclear deal. he said. should act quickly to fulfill their promises because Iran will continue reducing its commitments to the deal until achieving result.

Kamalvandi had announced earlier this month the start of enriching uranium to a higher purity level than 3.67% as Iran`s second step to modify its nuclear deal undertakings.

Based on an order we have received from the president and head of the Supreme National Security Council (SNSC) the second step (to modify the nuclear deal undertakings) was taken today. Now. we have presented a copy of the changes to the representative of the International Atomic Energy Agency (IAEA) and the process to enrich (uranium) over the level of 3.67% will start within the next few hours. Kamalvandi told reporters in Tehran.

He said that Iran could continue enrichment to the levels that it needs for fueling its power plants. or its research reactor like the one in Tehran University or to fuel nuclear propulsion systems. explaining that each of these needs required enriching uranium to specific levels.

He said Iran at present wanted to produce the needed fuel for its nuclear power plants. but if a new order was issued by the high-ranking officials. the AEOI could further increase the level of enrichment.

Kamalvandi. meantime. said that Iran was not in need of 20% enriched uranium for Tehran research reactor to produce radio drugs for the time being. noting. We have the needed fuel for several years and are not concerned about the fuel.

Asked about the heavy water reactor in the Central city of Arak. he said that Iran could revive the reactor which was sealed after the nuclear deal but preferred to have a new reactor.

A number of contracts which had been suspended for several months were signed (recently) and this has made us hopeful to have a new reactor. Kamalvandi said.