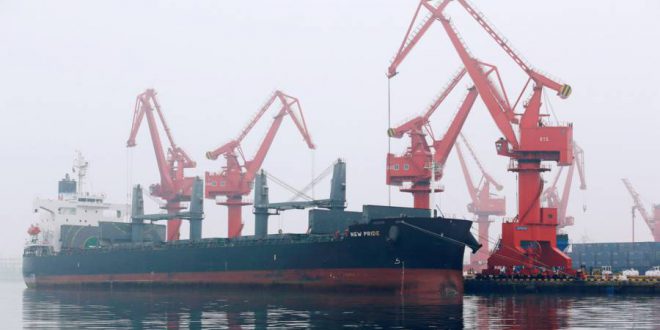 Oil prices gained on Wednesday after the American Petroleum Institute (API) reported that US crude inventories fell for the first time in three weeks.

The API. which often serves as an early indication of weekly petroleum levels. reported a 3.5 million-barrel drawdown last week. Analysts expected a decrease of 1.9 million barrels.

The Energy Information Administration (EIA) will release its weekly petroleum report later in the day. The EIA is expected to report crude stockpiles fell by 1.889 million barrels last week. The report has confounded economists’ estimates lately. showing a build for two consecutive weeks against expectations for a decline.

Meanwhile. traders will pay close attention to the release of the US Federal Reserve’s July meeting minutes and Fed Chairman Jerome Powell’s speech this week.

Tensions in the Middle East remained in focus as US Secretary of State Mike Pompeo said the country would take every action possible to stop an Iranian tanker sailing in the Mediterranean from delivering oil to Syria in contravention of US sanctions.

Pompeo also commented on the Sino-US trade dispute. saying that he believes the trade war would end by 2020. while US President Donald Trump said he will “take China on“ even if it causes short-term impact on the US economy.