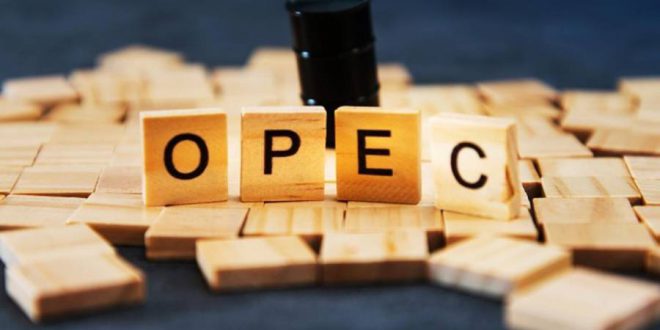 OPEC’s share of the global oil market has sunk to 30%. the lowest in years. as a result of supply restraint and involuntary losses in Iran and Venezuela. and there is little sign yet producers are wavering on their output-cut strategy.

Crude oil from the Organization of the Petroleum Exporting Countries made up 30% of world oil supply in July 2019. down from more than 34% a decade ago and a peak of 35% in 2012. according to OPEC data.

Despite OPEC-led supply cuts. oil has tumbled from April’s 2019 peak above $75 a barrel to $60. pressured by slowing economic activity amid concerns about the U.S.-China trade dispute and Brexit.

The decline in prices. should it persist. and erosion of market share could raise the question of whether continued supply restraint is serving producers’ best interests.

OPEC and its allies have a deal to limit supply until March 2020.

The group tried to defend its market share under the previous Saudi oil minister. Ali al Naimi. who sharply ramped up production in a pump war campaign in 2014.

Naimi was hoping to win the battle. arguing that OPEC’s output was the world’s cheapest and would allow the group to outdo other producers such as the United States.

As a result of his strategy OPEC’s market share rose. while oil prices crashed to below $30 a barrel. triggering many bankruptcies of U.S. oil firms and over-stretching the Saudi budget.

Riyadh and OPEC were forced to return to output cuts in 2017 to support prices. and sources within OPEC say there is no sign of any willingness to return to a pump war at the moment.

“Saudi Arabia is committed to do whatever it takes to keep the market balanced next year.“ a Saudi official said on Aug. 8. “We believe. based on close communication with key OPEC+ countries. that they will do the same.“

OPEC. Russia and other producers have been restraining supply for most of the period since Jan. 1. 2017. The alliance. known as OPEC+. in July renewed the pact until March 2020.

While helping to boost prices. OPEC’s market share has fallen steeply in the last two years. World supply has expanded by 2.7% to 98.7 million barrels per day. while OPEC crude output has fallen 8.4% to 29.6 million bpd.

While OPEC agreements apply to production. OPEC’s exports are also falling as a percentage of world shipments. according to data from Kpler. which tracks oil flows. Iran has led the decrease in recent months.

Nonetheless. Swedish bank SEB said that for now OPEC+ still has room to act. as the countries making most of the voluntary curbs – Russia. Saudi Arabia. Kuwait. UAE and Iraq – are still pumping at relatively high rates.

Venezuela and Iran. under U.S. sanctions and being forced to curb shipments. have delivered the bulk of the cuts. Venezuelan supply was already in long-term decline before Washington tightened sanctions this year.

“The active cutters are not very stretched at all.“ SEB analyst Bjarne Schieldrop wrote in the report. “They have not lost market share to U.S. shale. Venezuela and Iran are the big losers.“

While Saudi Arabia holds the biggest sway in OPEC as its largest producer. some in the group are not convinced further OPEC+ action to support prices will happen or would work.

“I really doubt there will be further action.“ an OPEC delegate said. “If it did happen. it will have a temporary impact because the driver is trade and the economy.“