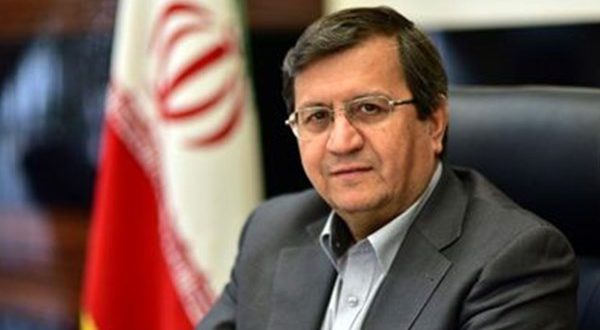 Addressing the 30th edition of Islamic Banking Conference in Tehran on Saturday. Hemmati said that as a result of the proper policies that the CBI adopted in monetary and foreign currency fields. the situation of the country’s economy is returning to normal despite being under the most unprecedented sanctions.

“Thanks God. we are witnessing the return of stability to the country`s economy. the basis of which is the stability of the foreign currency market which has witnessed a gradual decline in the prices in the recent months.“ the CBI governor said.

Hemmati also said that the inflation rate is losing momentum as a result of the declining prices in the forex market.

He further described liquidity management and helping the production sector as two major goals of the CBI. adding that the 5.6% increase in the present of industrial companies on the exchange market shows a gradual improvement in producing industrial products.

Last week. The Statistical Center of Iran (SCI) announced that inflation rate has declined by 6.4 percent. adding that it is the first such decline after 16 months of turbulence since the US unilaterally exited the nuclear deal between 5+1 and Tehran.

Since early in July. Iran’s national currency rial has regained some of its lost value. currently trading at 116.000 against the US dollar. and significantly up from historic lows of 190.000 in September 2018.

Inflation for staples. medicine and basic goods declined in August. according to the SCI’s Saturday statement. with 56.6 and 35.2 percent for food and non-food items. respectively.

Last month. Iranian First Vice-President Eshaq Jahangiri underscored that the measures and plots hatched by Washington to lead Iran`s economy into collapse have all failed.

`We have been able to defeat the US plots with the strategy of resistance.` Jahangiri said. addressing a ceremony in the Northern city of Noshahr.

`The US threatens the foreign governments and companies (not to cooperate with Iran) but it has not been able to attain its most important goal. that is the collapse of Iran`s economy.` he added.

In relevant remarks in July. Jahangiri stressed that his country`s economy had remained stable one year after the US imposed the toughest embargos against Tehran.

`The US imagines that it can zero down our oil sales by exerting pressure on the countries which purchase Iran`s oil to lead Iran`s economy towards a collapse. but fortunately. the situation of Iran`s economy enjoys an acceptable stability one year after the US oil sanctions.` Jahangiri said in a meeting with Head of the International Liaison Department of the Communist Party of China Song Tao in Tehran.

He described China as the main economic partner of Iran and oil customer. and said. `All high-ranking Iranian officials have put the strategy to develop ties with China on their agenda as a serious mechanism.`