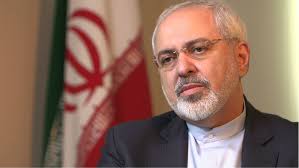 Iran will Keep Selling Oil despite All US Pressures

Iranian Foreign Minister Mohammad Javad Zarif. in a Twitter post. reminded his American counterpart Mike Pompeo that Tehran will keep selling oil to any and all buyers despite all Washington’s pressures through `piracy and threats`.

In a post on his official Twitter account on Saturday. Zarif reassured that the US will fail in its efforts to resort to `piracy and threats` to stop Iran`s oil sales.

`US engages in piracy and threats to prevent Iran from selling oil to traditional customers. Stop nagging Secretary Pompeo: We will sell oil to any and all buyers.` the top diplomat highlighted.

The Iranian diplomatic chief said the US had targeted Iran in different sectors. but stressed that Tehran would surmount the pressures and restrictions just as it did before. much to Washington’s dismay.

Iran built missiles after Washington denied Tehran `means of defense` and then the US complains. the top Iranian diplomat said.

`US denied us nuclear fuel: We made it and US complains.` he added.

The US earlier threatened those potentially assisting the return of the tanker that had been released by Gibraltar after more than a month of detention there by Britain.

A State Department official was cited by Reuters as saying on August 19 that aiding the vessel had “potential criminal consequences“.

On July 4. British marines and Gibraltar police seized the Iranian tanker off the Southern coast of the Iberian Peninsula. claiming that the ship was transporting crude oil to Syria “in violation“ of the EU sanctions placed on Damascus. Washington had applauded the move. hailing it as a sign that Europe is on board with the US unilateral sanctions against Tehran.

Iran condemned the “illegal move“ of London and described it as “tantamount to piracy“. Tehran accused the UK of doing Washington’s bidding and helping the US attempt to stifle the Islamic Republic’s oil exports. rejecting London`s claim that the supertanker was carrying crude for Syria.

Supreme Leader of the Islamic Revolution Ayatollah Seyed Ali Khamenei slammed Britain’s illegal seizure of the oil tanker. warning London of a pending response to the seizure of the supertanker that he referred to as a case of `piracy`.

Then a week later in mid-July. the IRGC impounded the British tanker ship. `Stena Impero`. as it was passing through the Strait of Hormuz en route to Saudi Arabia `for failing to respect international maritime rules“.

That tanker. the Stena Impero. is still in Iranian custody.

On August 15. Gibraltar`s Supreme Court ordered the release of the vessel after more than 40 days in detention. The decision came after the United States launched a separate last-minute legal move to detain the vessel on a number of allegations.

Gibraltar claimed that it had received assurances that the vessel was not bound for Syria. The Islamic Republic. however. subsequently. denied that it had provided any such guarantees.

Later on the day. Zarif provided a copy of Iran`s embassy note to UK’s Foreign and Commonwealth Office. and reiterated that London’s detention of the supertanker was totally illegal from the very beginning.

Zarif in a message on Twitter referred to Iran`s embassy note to UKFCO. saying seizure of tanker carrying Iran oil was 100 percent unlawful.

`Our London Embassy note to UKFCO protested the illegal detention of Grace1. Repeated public statements about destination. and made it crystal clear that the European Union’s sanctions do not apply to Iran—a position shared by most Europeans.` the top diplomat added.

`Nothing changes the fact: detention was 100% unlawful.` he underlined.

A day later. Iranian Government Spokesman Ali Rabiyee said in a tweet that the UK decision to free the oil tanker showed his country’s strong diplomacy and determination to defend its rights.