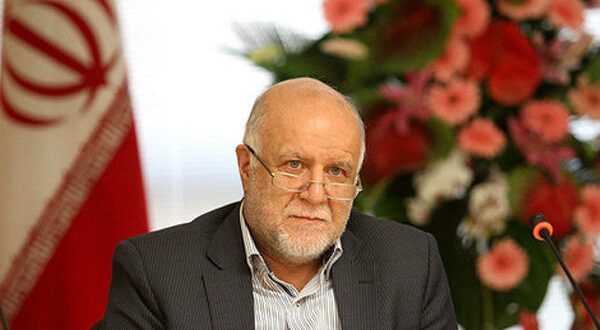 Bijan Zanganeh made the remarks on Saturday in the ceremony of signing a deal between Pars Oil and Gas Company (POGC) and Petropars Company for developing Belal Gas Field in the Persian Gulf.

We showed that US cannot bring our exports to zero. We will not announce our measures regarding oil exports since they will make enemies more vigilant. he said.

US President Donald Trump unilaterally withdrew from Iran nuclear deal. officially known as Joint Comprehensive Plan of Action (JCPOA). in May 2018 while all IAEA reports indicated that Iran was complying with the deal. Washington then imposed sanctions on Iran in what is called a ‘maximum pressure campaign’. targeting Iran’s oil sales at its core.

Iran’s petrochemical production will hit above 100 million tons in its second leap which is about to be realized. Zanganeh said. adding that in its third leap. Iran’s production will be above 140 million tons. Pointing to 13th Iran Plast exhibition which is going to be held in Tehran next week. Zanganeh said that there we will explain how much we have made efforts to avoid crude sales and our plans for the future.

According to Shana. Pars Oil and Gas Company (POGC). a subsidiary of the National Iranian Oil Company (NIOC). finalized a $440m deal with Petropars Company for developing Belal Gas Field in the Persian Gulf.

The buyback contract. which is to be enclosed to the integrated and master development plan of South Pars phases 11 to 24. is aimed at daily production of 500 million cubic feet (an equivalent of 14 million cubic meters per day) of rich gas in 34 months. The produced gas will be processed at the onshore refinery of South Pars Phase 12.

Based on the deal. Pars Oil and Gas Company (POGC) will serve as the employer of the contract and will carry out reservoir studies and arrange sideline licensing rounds for the purposes of the project. Accordingly. the company is required to tap the capabilities of local manufacturers and contractors.

For its part. the contractor of the project. Petropars. is required to drill 8 wells in the offshore field. launch wellhead jackets and build and install a topside with 500 mcf d of gas production capacity as well as a seabed pipeline with an estimated length of 20 kilometers.

Belal Gas Field is located east of South Pars in the Persian Gulf and 90 km southwest of Lavan Island.

Previous Non-Oil Exports Up by 6%
Next Russia. Iran Coordinating Their Payment Systems as SWIFT Alternative