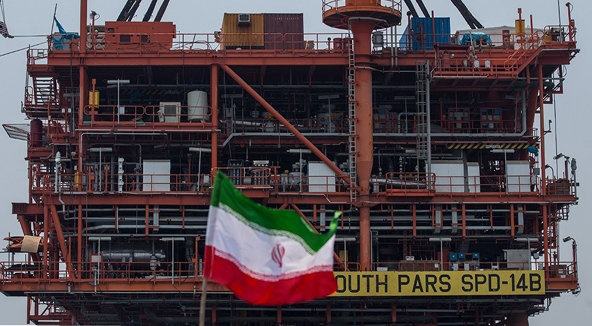 Iran’s Oil Industry Growing Regardless of US Sanctions

He added that the fate of all the country’s joint oil and gas fields would be completely determined within the next two years. adding that development of several fields was currently underway in the country.

The senior official said the NIOC has prepared a $6.2-billion project package for maintaining and enhancing production in the oil industry. adding that 10 contracts regarding the projects had so far been signed and 8 others were to be signed within the next few weeks.

The fate of the remaining contracts will be determined by the end of the current calendar year. which began on March 21. he said.

He said the development of Forouzan Oilfield. which is shared with Saudi Arabia is underway by tapping domestic capabilities.

Capabilities of domestic firms have left us no dead ends in developing the fields. he said.

On Saturday. Iranian Oil Minister Bijan Namdar Zanganeh underlined ineffectiveness of the US sanctions on Iran`s capability to export its crude. saying that pressures have backfired and accelerated development of his country`s oil industry.

We have shown in the oil exports sector that the US cannot zero our exports. Zanganeh said in Tehran.

Zanganeh also declared a leap in the country`s petrochemical industry. saying that the capacity to produce petrochemicals will surpass 100mln tons.

In relevant remarks earlier this month. Iranian Government Spokesman Ali Rabiyee had also downplayed the effects of US sanctions against his country. stressing that Iran had many options for exporting its crude.