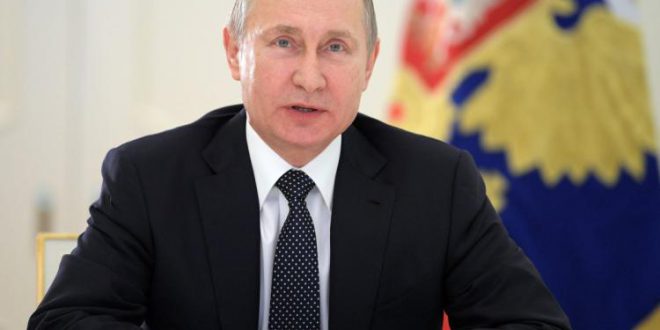 Russian President Vladimir Putin has reiterated his country’s support for the landmark 2015 Iran nuclear deal. saying the multilateral accord is still viable despite the US’s withdrawal.

Putin made the remarks after talks with his Iranian and Turkish counterparts. Hassan Rouhani and Recep Tayyip Erdogan in Turkey on Monday.

The Russian leader said that his bilateral meeting with the Iranian president on the sidelines of a tripartite summit in Ankara had focused on efforts to save the nuclear deal. officially known as the Joint Comprehensive Plan of Action (JCPOA).

“We think that the plan of action. despite the United States’ withdrawal from it. is still viable. Other participants in the deal share this point of view.“ Putin said. “There is no reasonable alternative to this agreement.“

He further said that “Russia is doing its utmost to ensure full implementation of the JCPOA.“ and that Moscow was maintaining active contacts over the JCPOA with the remaining signatories to the deal. and with Washington.

“Naturally. we maintain political dialog with Iran at all levels.“ he said.

Putin said his talks with Rouhani had covered key issues of bilateral cooperation in the energy. transport and industrial spheres in addition to the JCPOA.

“We agreed to continue the implementation of large projects. to invigorate efforts to expand direct settlements in national currencies.“ he added.

The nuclear accord was signed between Iran and six world states — namely the US. Germany. France. Britain. Russia and China — in 2015.

Washington. however. abandoned the accord in May 2018. leaving the future of the historic deal in limbo.

Tehran remained fully compliant with the JCPOA for an entire year as confirmed by the International Atomic Energy Agency (IAEA) in several reports. waiting for the remaining co-signatories to fulfill their end of the bargain by offsetting the impacts of Washington’s bans on the Iranian economy.

As the European parties failed to do so. Tehran moved in May to retaliate against Washington’s exit and began suspending its JCPOA commitments in 60-day stages under Articles 26 and 36 of the deal covering Tehran’s legal rights.

Iran has given another two months to the European signatories to take meaningful action to save the JCPOA as a France-led diplomatic process is underway between the two sides.