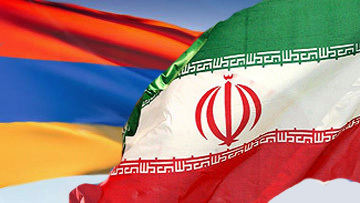 Iranian President Hassan Rouhani and his Armenian counterpart Armen Sarkissian. in a meeting ahead of the Eurasia Economic Union (EAEU) Summit in the Caucasian country’s capital city. exchanged views on ways to boost bilateral relations.

Late on Monday. after arriving in Yerevan. President Rouhani met with President Sarkissian of Armenia.

Before leaving Tehran for Yerevan. Rouhani said that joining Eurasia will facilitate connecting to global economy. as the country`s economy will flourish when it will be competitive at the international scene.

The Iranian head of state is attending the EAEU Summit upon the invitation of Armenian Prime Minister Nikol Pashinyan.

Last month. Iranian Energy Minister Reza Ardakanian said that his country’s membership in the EAEU has brought in many advantage for Tehran. including tariff exemptions on 850 items of goods.

Speaking on the sidelines of his visit to Yazd province on September 12. Ardakanian said. “In this great and lucrative economic market. 850 items of goods will be subject to tariff exemptions between the Islamic Republic of Iran and the EAEU member states.“

With the coordination made in this regard. this agreement will be enforced on Oct. 23. he said. adding. “With Iran’s accession to EAEU. suitable ways will be provided for the country in the field of exports and other economic activities in line with securing interests of the country.“

Early in August. Prime Minister Pashinyan said that he has been tasked by the leaders of the countries of the Eurasian Economic Council to invite President Rouhani to the supreme meeting of the body slated to be held in Yerevan in October.

During his speech at the session of the Eurasian Intergovernmental Council in Kyrgyzstan. Pashinyan said that he had invited President Rouhani to Yerevan to participate in Supreme Eurasian Economic Council meeting on October 1.

“In accordance with the agreement between the leaders of the EAEU member states. I have invited the President of Iran to participate in Supreme Eurasian Economic Council meeting in Yerevan.“ the Armenian Prime Minister said.