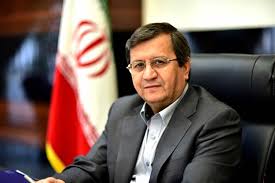 In a phone conversation with newly-appointed managing director of the International Monetary Fund (IMF). governor of Iran’s central bank called for a fair share in the decision-making process of the body.

In a phone call on Tuesday. Governor of the Central Bank of Iran. Abdolnaser Hemmati. congratulated Kristalina Georgieva on her appointment as the managing director of the International Monetary Fund (IMF).

While appreciating her efforts. Hemmati voiced hope that IMF would further flourish under her direction. and called for a fair share for developing countries next to major shareholders such as the US and Europe in the decision-making process of the international body.

For her part. the IMF chief stressed her resolve to have all member states. particularly developing countries. have a fair share in discussions and decisions of the Fund.

The IMF will spare no efforts in helping members. including the Central Bank of Iran. she added.