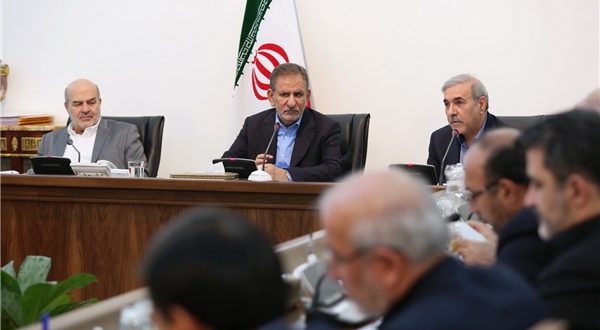 In his letter to Li. Jahangiri congratulated the 70th National Day of China. saying that the strategic economic relations between Iran and China will be materialized with cooperation.

In his letter. the Iranian vice-president wrote that the relations between the two countries have been reinforced in all aspects. particularly economy.

Jahnagiri expressed certainty that Tehran and Beijing can deepen ties through moving from trade to strategic economic relations.

Chinese National Day commemorates the official founding of the People’s Republic of China. announced by Mao Zedong on October 1. 1949. and is the start of China’s most important holidays: The golden week.

Earlier. Iranian President Hassan Rouhani in a message to his Chinese counterpart Xi Jinping congratulated him and his nation on the country’s national day.

I congratulate you on the 70th anniversary of the establishment of the People’s Republic of China. President Rouhani said in his message.

The Iranian president expressed hope that the two great and civilized Asian countries would witness expansion of relations in various areas given the history of cooperation between the two countries.

I wish health and success for your excellency and prosperity and felicity for the Chinese people. President Rouhani added.

Iranian Foreign Ministry Spokesman Seyed Abbas Mousavi also in a message congratulated the East Asian country’s National Day. and said. I sincerely hope the comprehensive and strategic ties between Iran and China would deepen in the future.

Chinese National Day commemorates the official founding of the People’s Republic of China. announced by Mao Zedong on October 1. 1949 and is the start of China’s most important holidays golden weeks.