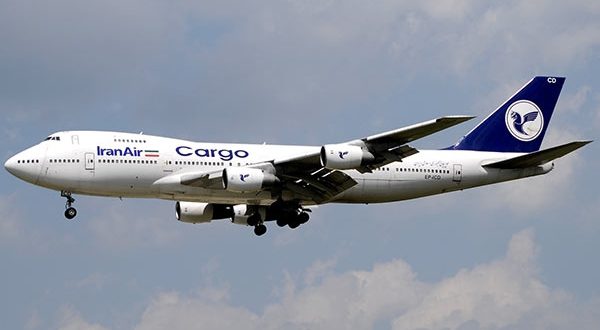 Adamnejad said that IranAir had posted the unspecified profit during an annual shareholder meeting held earlier in the day in Tehran.

Shahram Adamnejad would not elaborate on the net figures and further details and there was no information available from the flag carrier.

IranAir is expected to announce increased revenues for the current calendar year ending March 2020 mainly because it accommodated a large number of flights carrying Iranian pilgrims to Saudi Arabia for the Hajj season in September.

The company announced during the busy travel season that it had scrambled technicians and engineers to keep planes airworthy despite sanctions that ban using foreign companies for maintenance services.

Despite a US ban on its purchase of 200 aircraft from Airbus. Boeing and ATR. IranAir has pressed ahead with an ambitious fleet expansion program as it seeks buying planes whose sales are not affected by the sanctions.

It said last year any offer from companies based in Russia and in non-European countries to deliver new planes would be welcome.

Adamnejad said that an operating profit recorded for Homa. as the carrier’s short name goes in Persian. at a time of increased costs and oppressive sanctions was a result of better performance in fields including ticket sale. cargo. engineering. ground services and cost control.

It is expected that through implementing fleet expansion programs at Homa and increased sale revenues for the company. its profit-making run could accelerate by several times. he said.

ran took the delivery of a total of 13 new ATR 72-600 planes until August last year. a month before the United States imposed a new round of sanctions on the country after leaving a major international agreement on Tehran’s nuclear activity.

Early in July. Director General of Iran Air Touraj Zangeneh said that his company has achieved self-sufficiency in repairing and maintaining its fleet. despite the US unilateral sanctions which have cut the flag-carrier’s access to parts and technical supports from original makers.

In the past. all checks of Iran Air were conducted by foreign technicians. but currently the process from the first to the last phases of the planes maintenance is being done by Iranian experts. Zangeneh said. at the ceremony to commemorate the 31st anniversary of the downing of Iranian passenger plane by a US Navy guided-missile cruiser in the Persian Gulf waters.

The enemies of Iran. particularly the US. aimed to deprive Iran`s airlines of refurbishing the air fleet by sanctions. but the Iranian experts not only foiled the plot intelligently. but also they decisively advanced the industry. the head of Iran Air said.

Iranian airlines have always been targeted by the US sanctions and attacks since the year 1980. beginning with not allowing the Iranian Boeing 747 to land at New York airport. he said.

The approach went on with targeting Flight 655 over the Persian Gulf by the warship USS Vincennes in 1988. he noted.

The more regrettable move by the US was that Washington did not condemn the inhumane tragedy. and instead awarded the commander of the warship a medal of valor. the official said.

Back in December. Head of the Civil Aviation Organization Ali Abedzadeh said Iran needed some 500 planes. with Superjets being on its radars.

IranAir had ordered 100 from Airbus. 80 from Boeing and 20 from Franco-Italian turboprop maker ATR. but the US Treasury revoked licenses for their sales after President Donald Trump pulled the US out of the 2015 Iran nuclear deal in May 2018.

Only 16 aircraft were delivered – 13 by ATR and three by Airbus – before the licenses were withdrawn.

However. Transportation Minister Mohammad Eslami said earlier this week that the civil aviation sector in Iran is replicating the success in the military. insisting that the country would make significant progress in developing civil aircraft in a near future.