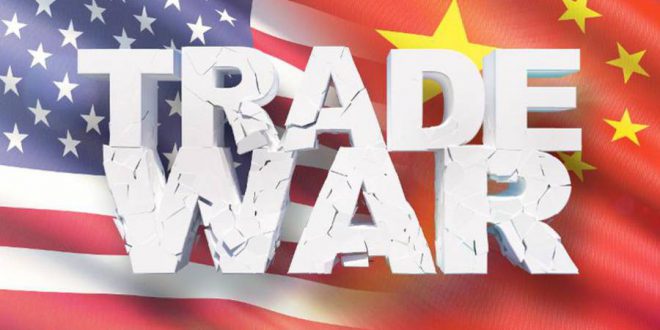 Oil prices gained on Tuesday in Asia as traders await the outcome of this week’s high-level U.S.-China trade talks.

Vice Premier Liu He. China’s chief trade negotiator. is set to meet with his counterparts on Thursday.

There are mixed signals on what the outcome of this meeting would be.

Some reports said that senior Chinese officials narrowed the range of topics they’re willing to discuss at the negotiations this week after the Trump administration placed eight Chinese technology companies on a U.S. blacklist.

The companies were accused of being implicated in human rights violations against Muslim minorities in Xinjiang.

Among the companies being targeted are SenseTime Group and Megvii Technology. both backed by Chinese e-commerce giant Alibaba Group.

Entities on the list are prohibited from doing business with American companies without being granted a U.S. government license. according to reports.

“There are reports that the U.S.-China trade deal talks will be scaled down as the Chinese seem to not want to make any commitments as the Democrats continue to work towards impeachment.“ Price Futures Group energy analyst Phil Flynn wrote in his daily commentary. referring to the action in the U.S. Congress against President Donald Trump.

However. White House economic adviser Larry Kudlow said Chinese actions ahead of the trade talks been encouraging. He said the Trump administration remained optimistic of striking a deal at the talks that are resuming after being stalled in May.

“I’m hopeful.“ said Kudlow. “The president has said he wants a deal. but it’s got to be the right deal for America.“